The Tommie Science Network: A High-Speed Research Network and ScienceDMZ

Did you know that St. Thomas has received a grant of nearly $400,00 from the National Science Foundation to build a high-speed research network? The grant money will fund a science network that will connect researchers to a ScienceDMZ, which allows for extremely fast transfers within the network and to other institutions via Internet2. Initial speeds of up to 100Gb are planned, opening doors to significantly larger research datasets and real-time collaborations than are possible on a conventional network.

A research network achieves these speeds through a variety of mechanisms, starting with a network switch that can handle the speed. This is the single most expensive item in the project, coming in over $100,000 for a switch that will be dedicated to the science network. Typically, a science network is outside of the enterprise firewall as well, because a modern firewall inspects each packet (unit of information) that passes through it, causing unacceptable slowdowns to research traffic. To get around this, Access Control Lists on the research network switch have typically been employed, which allow authorized traffic to bypass the firewall. A modern method uses the ability of an enterprise firewall to detect the nature of incoming traffic and route it through the science network if authorized. This method maintains the speeds required for research computing but offers enhanced security and efficiency because the pipe is only open during transmission, rather than sitting idle waiting for traffic. Specialized software components include Globus, a high-speed file transfer and management system, and PerfSonar, a tool for monitoring and maintaining research network speeds. Finally, a DTN, or Data Transfer Node sits in the ScienceDMZ, consisting of a very fast computer with very large, very fast SSD storage drives. Research clusters, GPU machines and other research technology can also be placed in the ScienceDMZ for maximum efficiency. The University of Minnesota is our partner in this effort and will help us design the network as part of the grant. This is a huge benefit for St. Thomas as UMN has significant experience in this area and has direct access to the Northern Lights GigaPOP (Gigabit Point of Presence), where we hook up to Internet2!

One condition of the grant is that the PI (Principal Investigator) attend the NSF CC* (National Science Foundation Cyberinfrastructure and Cybersecurity) conference in each of the grant years (this is a 2-year project). In September, Ed, Will and I attended this conference at the University of Maryland and gave a brief presentation on our grant. Writing the grant was a significant effort (especially since we had to do it twice- our first attempt was not awarded), which produced a 70+ page document highlighting the amazing science that is going on at St. Thomas. Many in the crowd empathized with our story and several shared similar experiences with us afterward. The conference in general was excellent. It was tight-knit group consisting of government funders, researchers, technologists and research network consortium principles. We learned a lot about how NSF funding works, pitfalls to avoid in network design and general best practices for running and maintaining a research network. The conference was in Maryland, which was extremely hot and humid during our stay. The University of Maryland hosted the conference on their lovely Georgian campus (apparently the only two design choices in the DC area are Georgian or Brutalist): 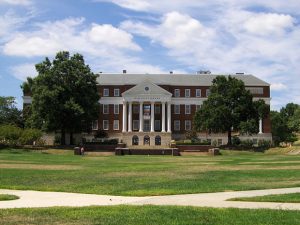 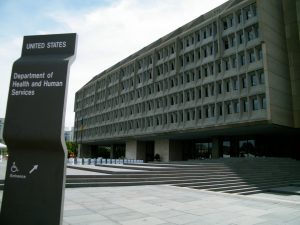 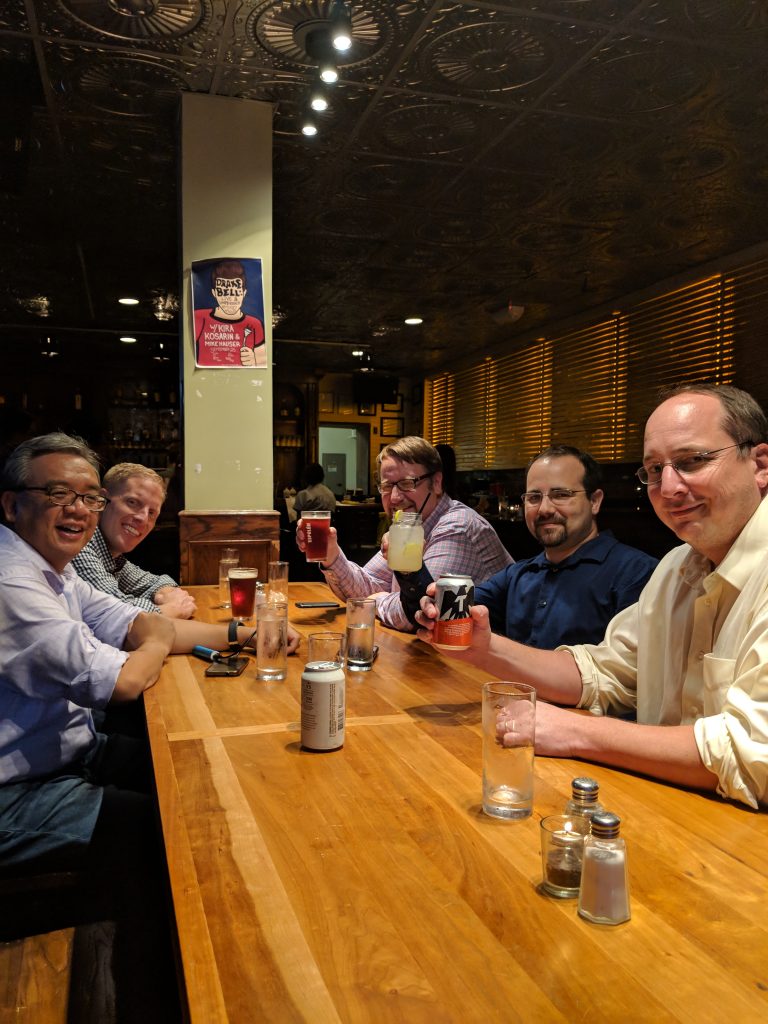 Now the fun begins- The grant period runs for two years, with a one-year extension possible. The first year will be dedicated to designing the network. Meetings have begun with UMN research networking staff as well as St. Thomas researchers as we consider the technical, organizational and support structures that will best serve our research community. When the network goes live 2-3 years from now, we will enter a new era of research capability at St. Thomas. This network will allow us to collaborate with other universities and science centers around the world at peer speeds, allow researchers from other institutions to logon to our resources with their own credentials, and provide seamless, high-speed access internally and externally to extremely large data sets that have been impossible to access at our current network speeds. This will in turn allow us to attract more high-quality researchers (to join our already exemplary cohort!) by offering them resources with capabilities normally found at much larger institutions.

We have taken the first step on the path to a significant upgrade to the university’s research computing capability. When complete, we will have access to Internet speeds that provide parity with the largest research universities and institutions in the world, along with a shared, secure identity space via InCommon that securely offers seamless, high-speed access to resources at any participating institution to any authorized researcher. From these seeds will grow a brand-new branch of the St. Thomas tree and resonate throughout the institution (and the world) for years to come.

Canvas and the Winter Olympics

Virtually There: The Current State of Virtual and Augmented Reality