I’m pleased to report that the UST libraries subscription of the Journal of Bone and Mineral Research is now live! 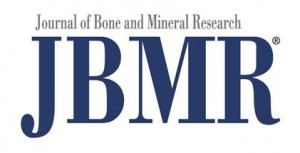 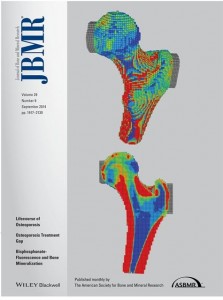 Published monthly by the American Society for Bone and Mineral Research,  JBMR® contains “original manuscripts, reviews, and special articles in basic and clinical science relevant to bone, muscle and mineral metabolism. Manuscripts are published on the biology and physiology of bone and muscle, relevant systems biology topics (e.g. osteoimmunology), and the pathophysiology and treatment of osteoporosis, sarcopenia and other disorders of bone and mineral metabolism.*”

Even more importantly – it comes highly recommended by our UST faculty!

In other words, we hope it will be a great new resource for the many anatomy researchers here at UST, as our health and wellness programs continue to thrive. 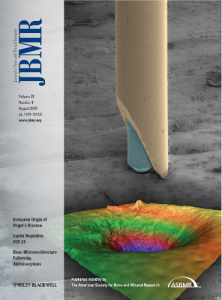 UST’s subscription goes back to 1997, and you can look for issues in our A-Z list of databases, linked to in subject-related research guides (like the Health and Human Performance department’s guide), or ask any UST Librarian for assistance.

Hey UST Chemists – I have some good news and bad news for you:

The bad news is that we noticed today that our subscriptions to ACS Web Editions and its sister resource: ACS Legacy Archives, are currently experiencing technical difficulties. Logging in still works, but searches currently yield no results.  As much as I would like to say that this is good news (is the ACS trying to tell us that nothing has been published on any topic yet, so the door is wide open?), clearly there is a problem.

The good news is that there is a work-around: you can also search for (and access!) ACS content via our SciFinder database.

To do so, simply log into  SciFinder (if you don’t have an account, UST students, faculty, and staff ONLY can register for one here).

Search for your topic in the “reference search” area. When you find an article in an ACS publication,  click on the hyperlink to “View Link to Other Sources.” 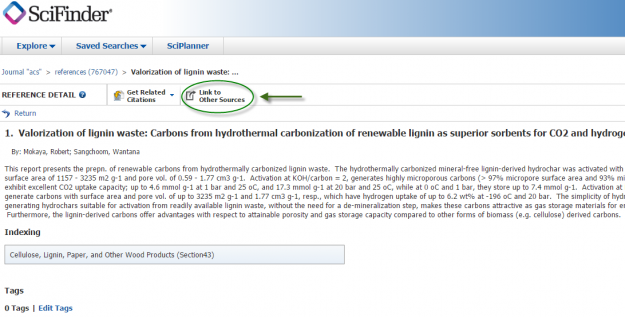 On the next screen, click on the “Get It @ UST Libraries” hyperlink.

That will bring you straight to the article in ACS Web Editions, as usual. 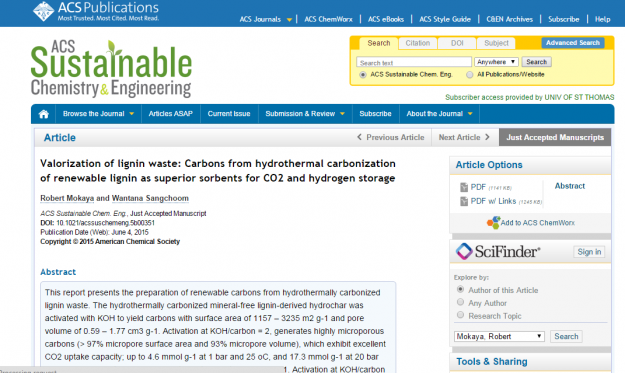 We have been told that the issue is being worked on and should be resolved soon.  I will be sure to update this page as soon as I hear an all-clear.  In the meantime, thank you for your patience and please let me know if you have any questions or comments.

The Royal Society is celebrating the 350th anniversary of Philosophical Transactions, the world’s first science journal.

Philosophical Transactions, first published in 1665, pioneered the concepts of scientific priority and peer review which, together with archiving and dissemination, provide the model for almost 30,000 scientific journals today.

Landmark papers that have been published in Royal Society journals include: 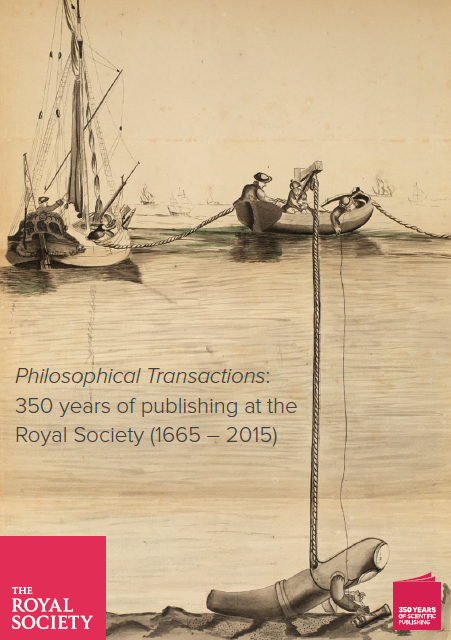 To celebrate the anniversary, the Royal Society is holding a series of events looking back at the history of Philosophical Transactions of the Royal Society and forward to the future of scientific publication. If you happen to be planning a trip to England, visit the exhibition of archives in London, or, if not, just check out the exhibition’s brochure. You can also just read more about the history of Philosophical Transactions here.

As part of their 350th anniversary celebrations, all Royal Society journals content is free to access until the end of March 2015.

This February, we are taking a closer look at the Journal of Visualized Experiments (JoVE)’s Chemistry Section.

For those of you uninitiated, JoVE is a unique resource that not only provides scientific papers, but includes videos of the experiments they involve.

The entire list of Chemistry Section titles is available for browsing, and about 10% of the content is available for viewing if you’d like to see an example. We already subscribe to the Biology Section, so much of that is also available.

Here are direct links to some of the sample Chemistry Section videos available (there are a more sprinkled throughout the collection, too – feel free to ask me for a complete list).

Please let us know what you think! Send questions or comments to Laura Hansen (laura.hansen@stthomas.edu).

Getting Set Up in SciFinder

Have you been procrastinating about getting your SciFinder account set up?  Maybe the initial log-in procedure was a bit intimidating, or you just plain weren’t sure how to do it?

Well, be confused no more!

To make sure we’re all getting our research taken care of so we can relax and take full advantage of Mole Day celebrations, I just made a quick tutorial video on setting up your account.  Learn how to register for an account*, and then access SciFinder via the UST Libraries website for all your amazing Chemistry needs.  (You’re also more than welcome to contact me if you need or want any help figuring out how best to go about getting to the best references for your serach).

Have a great weekend!

*Note: SciFinder is for the exclusive use of UST faculty, staff and students.  An UST email address must be used during registration to authenticate your account.

Welcome back to campus, everyone! It was so fun to cheer on the class of 2018 as they marched through the arches yesterday, and today it’s great to see the Quad filled with smiling faces as we all reconnect and get geared up for a wonderful academic year.

We hope you had a fun summer! Things were busy around here at the library and, as usual, we have some fun news to share.

As you gear up for your fall research projects, remember to check out our handy Subject Guides – what I like to call handy “mini library websites” geared specifically towards your course and subject content (and I’m not making that up – we  work with your professors to make sure we have what you need to do your assignments!).

We’re also happy to report that Summon, our popular library search engine, has received an upgrade that we hope will make it easy to use.  Some highlights we’ve heard students liking already include: recommendations of subject specialists based on what you’re searching, automatic breakdown of content by type (like Google does), and more.  Check it out and let us know what you think!

We’ve also added many more online resources, including these favorites of mine:

And, of course, we have much more!

As I like to joke, you can stick a quarter in me and I’d go on and on about all of the wonderful resources we have here at the UST Libraries, but I know we’re all busy so I’ll stop here.  Instead, make an appointment with your favorite librarian today find out more about what we have to help you with your research today!

An image of a right knee after a full dissection of the anterolateral ligament (ALL). (Credit: University Hospitals Leuven)

Hey biomechanics students (and anyone else interested in anatomy)!

Did you hear that a body part never before fully researched has just now been given its first full anatomical description?

Called the anterolateral ligament (ALL), the part is a “previously enigmatic ligament in the human knee. The ligament appears to play an important role in patients with anterior cruciate ligament (ACL) tears.”  Knee surgeons Dr Steven Claes and Professor Dr Johan Bellemans started looking into it while studying several common symptoms knee surgery patients experience, especially after discovering an 1879 article that “postulated the existence of an additional ligament located on the anterior of the human knee.”

Read more in Science Daily; Claes and Bellemans’ research was published in the October issue of  the Journal of Anatomy.*

*Note: UST’s subscription to Journal of Anatomy is embargoed for a year after publication, but until then you can request the article via ILLiad 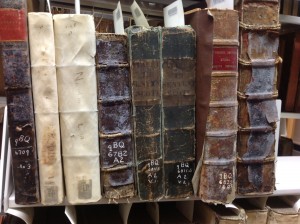 We all know that UST Libraries have a wonderful collection of rare and archival materials. Sometimes, however, taking care of so many old books can be a challenge, especially when they are discovered to be growing things they’re not supposed to. Who knew that we had a real-world chemistry problem sitting right here on campus!? 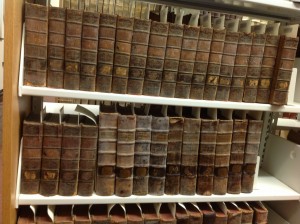 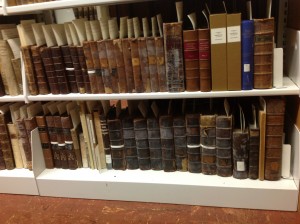 When Mr Curt Le May, Director of the Archbishop Ireland Memorial Library, approached the Chemistry department for help in identifying white film forming on the surface of leather bound 300-year-old books, Meghan Talbot, chemistry major and a research student under Dr. Marites Guino-o, was glad to help.

Meghan collected the white film/powder by using a spatula and carefully scraping off the residue found on the surface of the leather bound book, “Histoire des variations des églises protestantes.”  Through a combination of three characterization techniques (FTIR, Mass and NMR spectroscopy), she deduced that the white film/powder is a spew (or speu). A spew is a combination of carboxylic acids that originated from the leather itself, and leather dressing used to increase the leather’s preservation and flexibility.

“Being able to work on a project such as this was a great honor. It was a very interesting experience to be able to work with a book that was evidence of a time in which I had learned about in previous history classes. I am glad that the work that I was able to do has the ability to help the library preserve books, such as this one, as they are such a crucial connection to our past.” ~Meghan Talbot

We at the library are grateful to Meghan for helping us find out what the white substance was, so we could find a way to safely remove it and keep these books for future Tommies. Cooperation across the campus can certainly be a great thing!

Comet PanSTARRS: Coming Soon to a Sky Near You!

Attention all UST sky-watchers:  If you haven’t heard of it yet, a new comet will soon be making its debut in the Northern hemisphere!

Called Comet PanSTARRS, it was discovered back in June 2011 by the Panoramic Survey Telescope & Rapid Response System (Pan-STARRS) based at the University of Hawaii’s Institute for Astronomy.

Since its discovery, the comet has been slowly heading toward the inner solar system on its way to reaching its closest point to the sun, known as perihelion, which will occur on March 10.

In early February,  people in Australia started taunting us with their great pictures as it was seen for the first time with a naked eye from the Southern Hemisphere.  It has continued on its way north, though, and on March 12, comet PanSTARRS will pass into Northern Hemisphere skies. 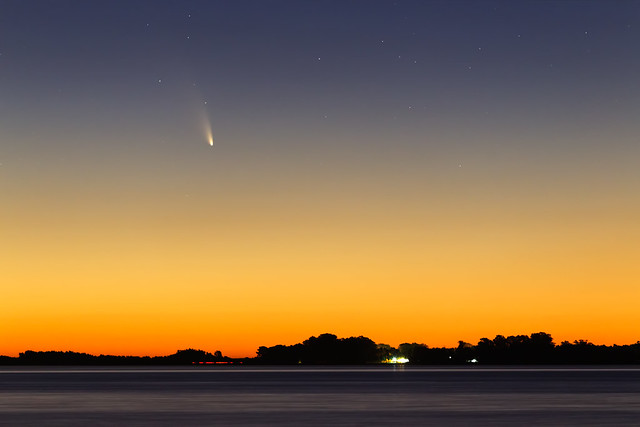 Busy those nights? No worries: if you miss it, you will only have 110,000 years to wait for its next appearance!

(Or you can wait a few months to see another comet; Comet ISON, predicted to be even brighter, is hot on its heels in November. We’ll be sure to keep you posted when it comes near!)

Want to read more?  Check out some great coverage in our library databases and at Sky and Telescope.com