During the month of October, the University of St. Thomas Libraries will be conducting a trial of the ProQuest Religion Database.

ProQuest Religion Database covers formal theological studies and commentary on topics of general interest from the perspectives of many, worldwide religions. In addition, there are many titles from religious publishing bodies and nondenominational organizations.

Please this try out the database and give us your comments. Click on Religion Database to connect to the trial site.

This trial runs through October 31, 2018. Please send your comments to Curt LeMay at the Archbishop Ireland Memorial Library at nclemay@stthomas.edu. 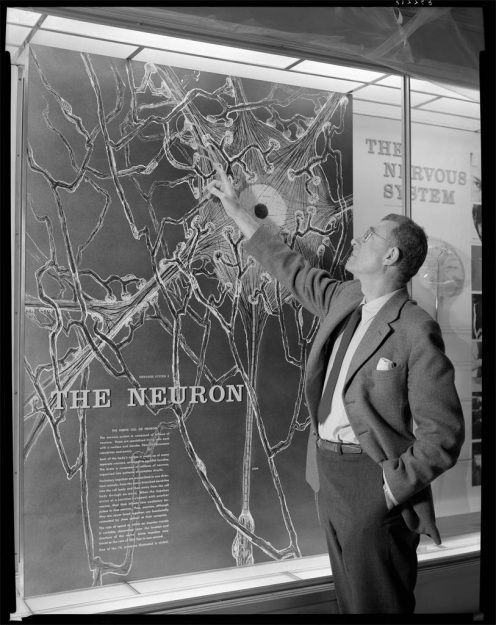 Get a closer look at the brain with some neuroscience DVDs in the Music and Media Collections. We’re on the first floor of the O’Shaughnessy-Frey Library to the right of the Main Circulation Desk. Please feel free to step in and look around!

Brain Story: New Frontiers in Brain Research is a six part series featuring research by neuroscientist Dr. Susan Greenfield. Outstanding 3D graphics bring the brain to life as you learn about the deep complexities of the human brain. Each 50-minute section of this BBC production focuses on a different aspect of the brain, utilizing study from biology, linguistics, and psychology.
QP 376 .B73 2003 pt. 1-6 DVD

In the 2015 PBS production The Brain, neuroscientist David Eagleman takes you on a journey through the wonders of the human brain. Through this six part series, he addresses big questions about humanity with a unique combination of personal stories and innovative special effects.
QP 376 .B365 2015 disc 1-2 DVD

If you’re looking for a more technical approach, check out Discovering the Human Brain: New Pathways to Neuroscience. Dr. Susan Bookheimer uses the resources of UCLA’s Brain Mapping Center to illustrate the history of neuroscience. She charts the development of our understanding of the brain from the reliance on autopsies in the past to our use of MRI machines today.
QP 385 .D57 2007 DVD

Kanopy changes. Unfortunately, we have to limit the access to Kanopy due to its high costs. We get charged $150 per title every three clicks on a film for 30 seconds or more, even if the film is not watched. For this reason, access will be limited to faculty use and student research only. In the future, if we are able to renegotiate a different price model we may be able to offer full access again.

Faculty: if you have used titles from Kanopy to show in class and cannot find them, please contact the Music & Media Collections, libmedia@stthomas.edu or 651-962-5447 for help.

In the meantime, I encourage you to use other excellent databases that have movies and documentaries. These include:

“Birth of a Family” in National Film Board of Canada 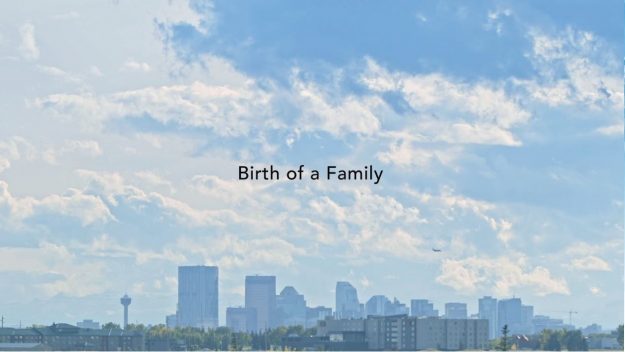 The current National Film Board of Canada subjects featured include World War II, hockey, vignettes, cultural diversity, land claims and rights, and endangered species. These are just some examples of the many forms of media and subject matter found on the NFB website, with topics relevant globally.

Three sisters and a brother, adopted as infants into separate families across North America, meet together for the first time in this deeply moving documentary by director Tasha Hubbard.

Removed from their young mother’s care as part of Canada’s infamous “Sixties Scoop”, Betty Ann, Esther, Rosalie and Ben were four of the 20,000 Indigenous children taken from their families between 1955 and 1985, to be either adopted into white families or to live in foster care. As the four siblings piece together their shared history, their connection deepens, bringing laughter with it, and their family begins to take shape.

Why I Loved It: This feel-good film pulls at your heartstrings in all the right ways. A group of siblings who had been separated for over 50 years had the opportunity to reconnect and begin to build their family. One moment that was particularly touching was when all four siblings gathered around a portrait of their mother who passed away, but in the words of Betty Ann, “she’s here with us, and she’s just so happy,” or their laughter as they tried to fit everyone into a selfie. This film draws you into the siblings’ lives and reunion, making me reflect on my family relationships with increased gratitude.

As winter in Minnesota drags on, many of us are hoping for warmth and sun. If you’re looking to explore exotic lands without leaving the comfort of your dorm, the video streaming service Docuseek2 is a great place to start. Travel the world and the see people and cultures from around the globe through documentaries on art & architecture, anthropology & archaeology, cultural & ethnic studies, environment, geography, social studies, and world regions. Ranging from quick informational videos that are only a few minutes long to feature-length documentary films,  Docuseek2 has a great variety of documentary and social issues films.

As winter in Minnesota drags on, many of us are hoping for warmth and sun. If you’re looking to explore exotic lands without leaving the comfort of your dorm, the video streaming service Docuseek2 is a great place to start. Travel the world and the see people and cultures from around the globe through documentaries on art & architecture, anthropology & archaeology, cultural & ethnic studies, environment, geography, social studies, and world regions. Ranging from quick informational videos that are only a few minutes long to feature-length documentary films,  Docuseek2 has a great variety of documentary and social issues films.

“America; the Jesuit Review of Faith and Culture” is now available via Flipster.

The University of St. Thomas’ students, faculty, and staff may read a number of popular periodicals we make available on this digital newsstand, which may be accessed anytime on computers or mobile devices. Periodicals in Flipster have true-to-life layouts with all the full-color images and advertisements one finds in the print version of the same periodical.

Suggested reading: “A Christian Funeral Classic” by Colleen Dulle, in the January 8, 2018, issue of America. The article tells of the work of the University of St. Thomas’ Artist in Residence, Fr. Michael Joncas, whose hymn, “On Eagle’s Wings” achieved global popularity 38 years ago. 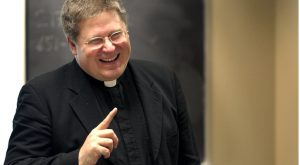 The UST Libraries is pleased to announce the new subscription to Digitalia Films Library (video streaming database). The database with more than 900 titles, is a multilingual, multi-national collection of movies and documentaries from Spain, France, other European countries, North America (Classic) and Latin America (especially Mexico, Cuba, Argentina and Brazil). Among the subjects included in the documentaries are archeology, history, nature, arts, and more. The entire collection is available via any computer on campus or from your home computer.
Note: To activate the English subtitles please click under the CC icons

If you have questions about this streaming film collection or any other video or music streaming collection, please feel free to contact Cindy Badilla-Meléndez, Media/Music Resources Librarian at cbadillame@stthomas.edu

We are sorry to report that we are having issues with the database for streaming videos Academic Video Online. We are working on the problem.

If you are experiencing issues such as the links don’t work; the link takes you to the database site and give you the preview only, or tells you that the school does not have access to the video try these tips in the meantime:

Unfortunately, due to reasons out of the Library’s control, we won’t have access to the Database Criterion on Demand. If you were using links for any of the movies from the database, those won’t work anymore. Please if you are a faculty member and you were planning to use one of those titles please contact the Media/Music Librarian, Cindy Badilla-Melendez, so an alternative can be arranged. cbadillame@stthomas.edu

In the other hand, we will be having access to more than 26,000 documentaries and movies from Kanopy as of April 1.

In May we will have access to 200 movies from Swank Motion Pictures (Digital Campus Collection).

You may have noticed by now that our new Libraries website launched last night. We’ve moved our web content into a template that incorporates the University’s new web styles.  The look and feel is quite different, but the structure of the site is largely the same, so most of the features you’re used to seeing are roughly in the same place.

We now move on to “reskinning” many of the associated web applications you’ve likely used in the past: Research & Course Guides, the Get It and Journals A-Z pages, EZ Proxy login, Interlibrary Loan, and some others.  This will take a few days, and you may notice some minor hiccups as the systems are changed. If you run into difficulties getting pages to appear or function properly, try the following:

Sorry in advance for any inconvenience you may experience during this transition period. If you have any questions, please feel free to contact me at 2-5018 or jpheintz@stthomas.edu. 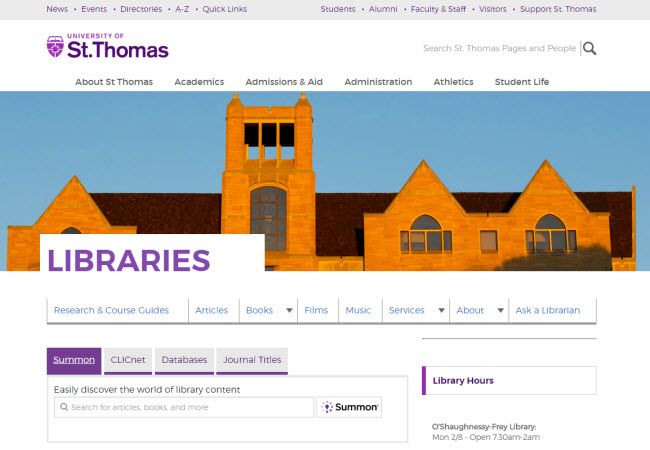