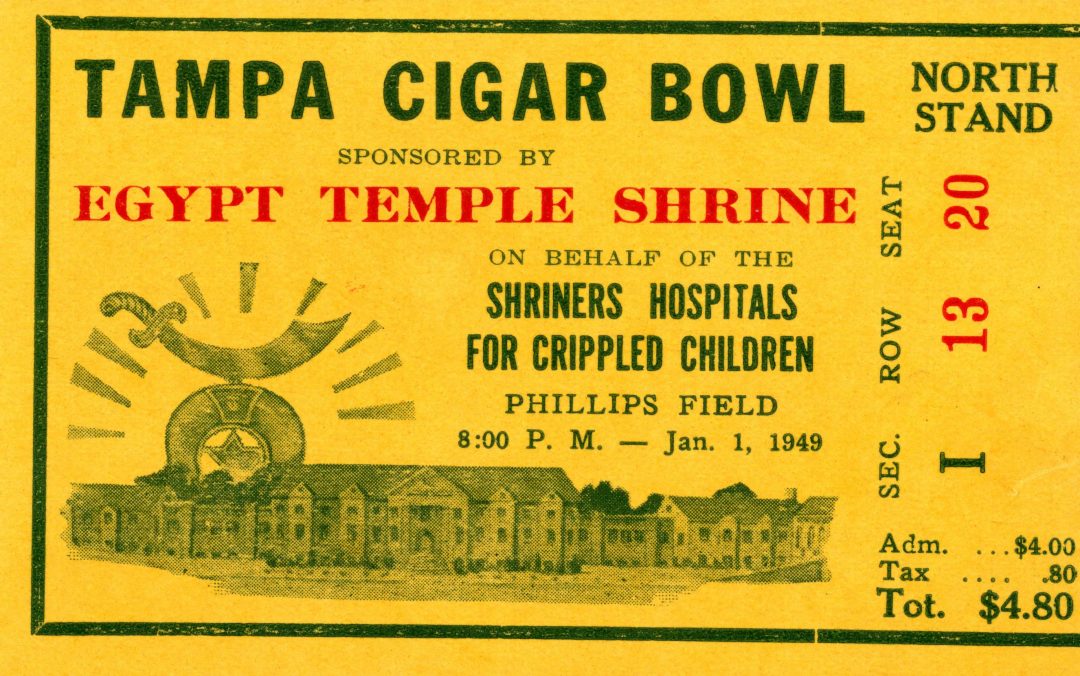 Tales from the Archives — The Cigar Bowl

Did you know that a St. Thomas football team once played in a New Year’s Day bowl game?   With Frank Deig as their coach, the 1948 football team finished their season with a 7-1-1 record, winning the MIAC championship.   The team’s stellar record led to their selection to compete against Missouri Valley Teacher’s College in the Cigar Bowl in Tampa, Florida on New Years Day, 1949. 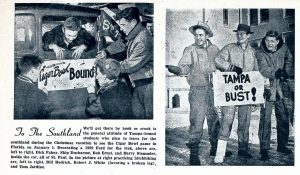 The team boarded a train for Florida at St. Paul’s Union Depot the day after Christmas.  Hundreds of Tommie supporters followed the team to Tampa, most making the 35 hour, 1600 mile trip by car or train.  But a group of 21 students who were members of the Air National Guard took a special military flight Florida and were housed at the McDill Army Air Force base before the game. 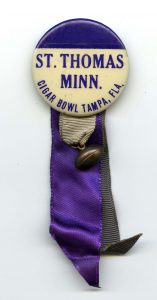 Missouri Valley was a heavy favorite to win the contest having lost only one game in their previous 42 games.   That prediction seemed to be coming true with the Tommies heading to the halftime locker room trailing 13 – 0.    But, the team rallied in the second half to end the game in in 13 – 13 tie.   You can view film clips of the game and hear stories from some of the players in this video. 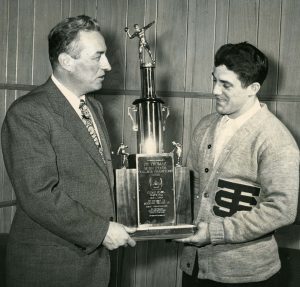 Frank Deig and Jack Salscheider with the Cigar Bowl trophy, 1949.

Several players from the Cigar Bowl team went on to play professional football in the NFL.  Jack Salscheider played for the New York Giants;  Jim “Popcorn” Brandt played with the Pittsburgh Steelers; quarterback Ed Krowka signed with the Detroit Lions; Don Simonson played for the Los Angeles Rams.  Jim White turned down an offer from the New York Giants to attend medical school.

To read more about the 1948 football team and their trip to the Cigar Bowl, search the Historic University Publications database.