The staff of the St. Thomas Libraries has again compiled their annual list of summer reads. From suspense to young adult to biographies you are sure to find something on this year’s list for your summer enjoyment. We also have an archive of over ten years worth of lists if you’d like to revisit past recommendations. 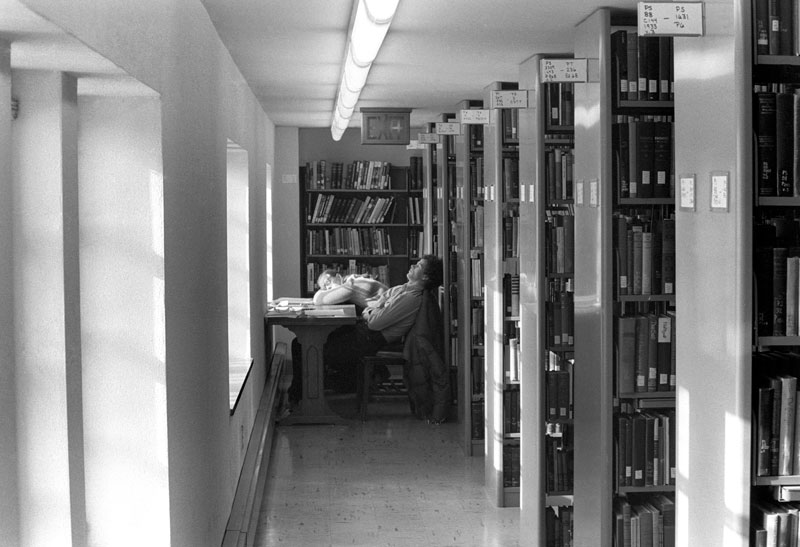 Many have said that just being in a library, surrounded by the walls of books within, invigorates the academic spirit and makes one feel smarter. It is also said that power naps have the potential to unleash creative thoughts. Therefore, it is no wonder why a student would want to put his or her face in a book and allow knowledge to seep in while journeying though such an imaginative state of sleep.

Studying can be exhausting but quick naps can be invigorating to the mind and spirit as well as breeding grounds for thought, ideas and, “Aha!” moments. Even Thomas Edison, who detested sleep calling it a waste of time, would take power naps in his lab, library, or even outside.

So what is the history of napping in libraries? I dunno, there is probably a study on that somewhere, maybe. If I were to venture a guess and make up a theory, I’d say it most likely goes back millennia. If I were to put some minimal effort into this essay by doing a Google search on “napping in libraries” it will reveal it is perhaps a widespread craze. With a little more effort by digging into our university photo archives online I at least know library napping is nothing new and is probably a bigger tradition than kissing under the Arches.

I’m sorry to disappoint if you thought this was going to be an intellectual and informative post citing research studies, psychology, and Greek literature, but at least I brought along some visuals—and they’re in authentic black and white which gives them a sense of credibility.

From 1955 we see a student napping in the old library located in what is now the basement of Aquinas Hall. 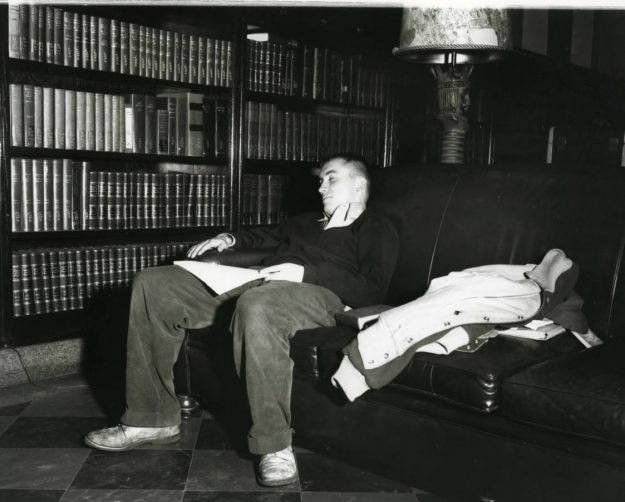 Note the open book. It was probably not an intended nap, but with the leather couch, warm clothes, lamp, and stack of books beside him, the library was just the perfect, cozy spot to catch a few Z’s.

Today, students set timers on their cell phones to make sure they don’t oversleep for exams. Back in the day, as evidenced in this photograph from 1962, students had to bring their own alarm clocks to the library and, since we don’t loan out pillows to patrons, his own pillow as well. 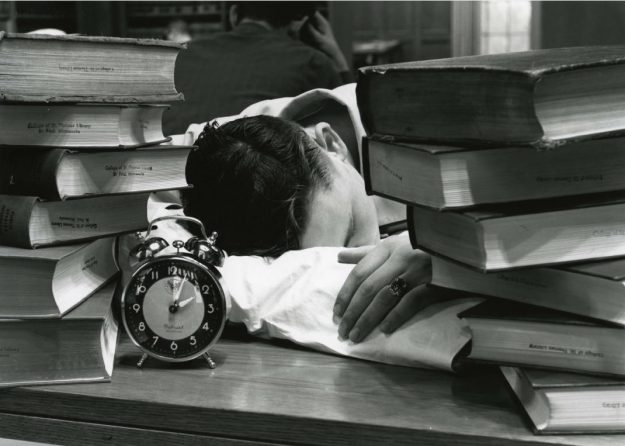 Word of caution: we do not recommend stacking books this high so close in proximity to your head. It appears the stack on the right could cause injury if it were to topple. Note that this is in the O’Shaughnessy Room (aka Leather Room) of the O’Shaughnessy-Frey Library, an ever-popular place to rest as evidenced in the archival photo from a 1993 St. Thomas Bulletin newspaper. 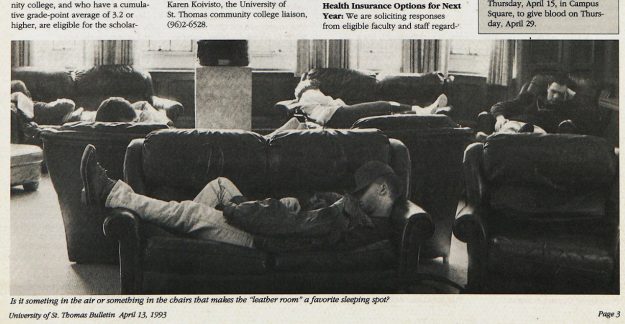 You don’t always have to nap alone in darkness, you can do it as a pair or in teams by a window. 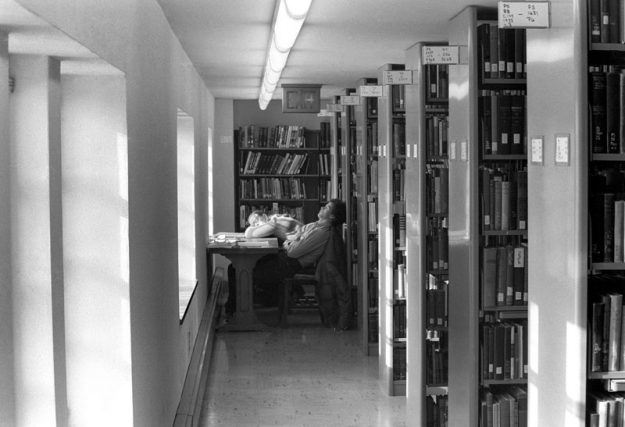 While it is always good practice to give your body enough hours of sleep each night, a quick power nap in the library can be just what you need to get through finals. Just don’t oversleep for your exam.