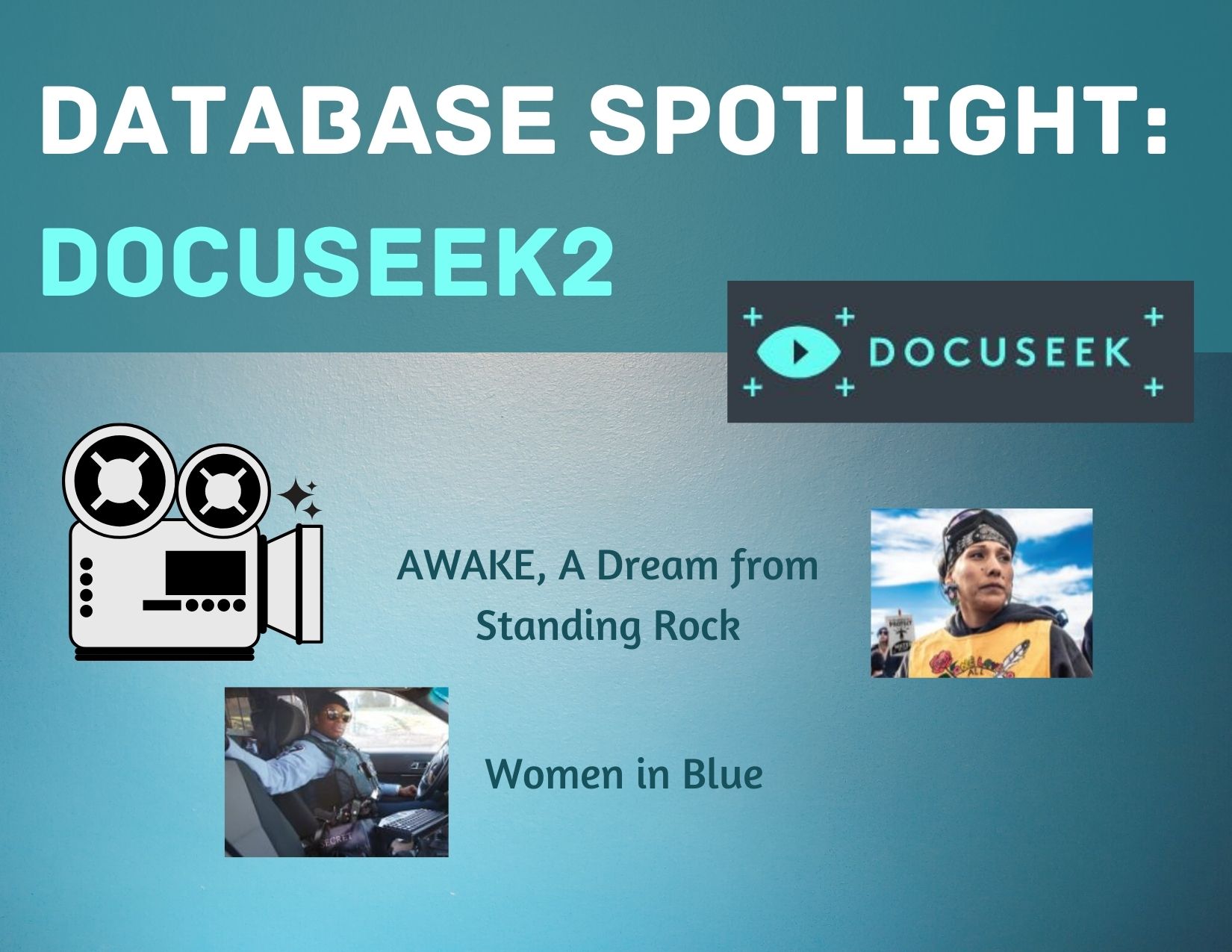 This month the Music & Media Collections is spotlighting Docuseek2. This online streaming service is available to all UST students and staff with the use of their log-in information.

Docuseek2 hosts documentaries on a wide variety of topics from renowned distributors like Bullfrog Films and Icarus Films. Many of these documentaries have made their way around the film festival circuit and can be useful to provoke classroom discussion.

On the website, you can browse by new releases or by subjects like addiction, indigenous studies, and the environment. While most of the films are from the United States and Canada, the breadth of topics covered by the database makes it an invaluable resource and many of the films deal heavily with contemporary social issues in our region.

Women in Blue
This documentary, filmed from 2017 to 2020, follows Minneapolis police chief Janeé Harteau and other women within the police department. As Harteau works to reform the department from the inside, the documentary focuses on her efforts to promote more women within the force as they are statistically less likely to use force than their male counterparts.