Have you ever wondered how filmmakers create amazing imagery? The art of making films—of getting the perfect framing of the action—is called cinematography, and it’s an essential part of the visuals that make up a good movie.
Great cinematography comes in many forms, whether it be the back-and-forth shots of an intense conversation or long shots where the camera follows actors through an entire scene. Other important aspects of cinematography include the composition (how much space a given element takes in the frame), the focus (what is clear and crisp), and the color. 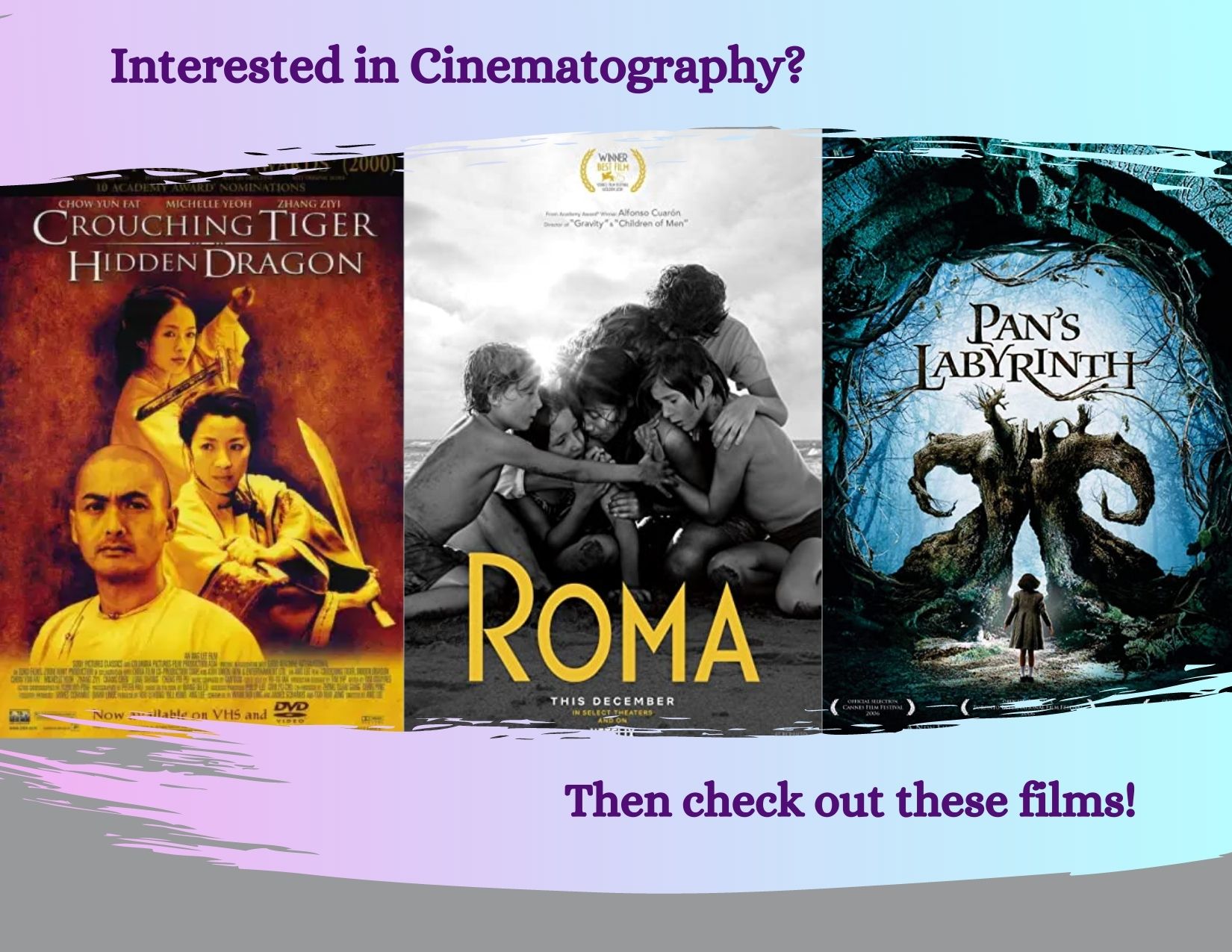 Not sure where to start?
Some amazing examples of great cinematography available in the Music & Media Collections or through our streaming services include:

Citizen Kane (also available on streaming) is a breakthrough film—it established many essentials of cinematography still in use today, such as the use of angles and shadows.

Wondrous combinations of bright colors saturate The Fall, where the story delves into surreal imagery as reality and fantasy blur.

The lack of color is just as impactful as its presence, and Roma’s beautiful black and white cinematography lingers in the long shot.

Pan’s Labyrinth (also available on streaming), a historical-fantasy film set during the Spanish Civil War, plays with light and shadow as the main character escapes into a fantasy world.

Please do not damage library materials or remove them without authorization

Library to host Concerts in November and December