In honor of Women’s History Month, the Music & Media Collections has a new display right outside our door. We are located on the first floor of O’Shaughnessy Frey Library in room 104A. All these films center around the stories of women and the efforts of women filmmakers, and they can be found on our shelves or are available through our online streaming services found on the Library Films Page. 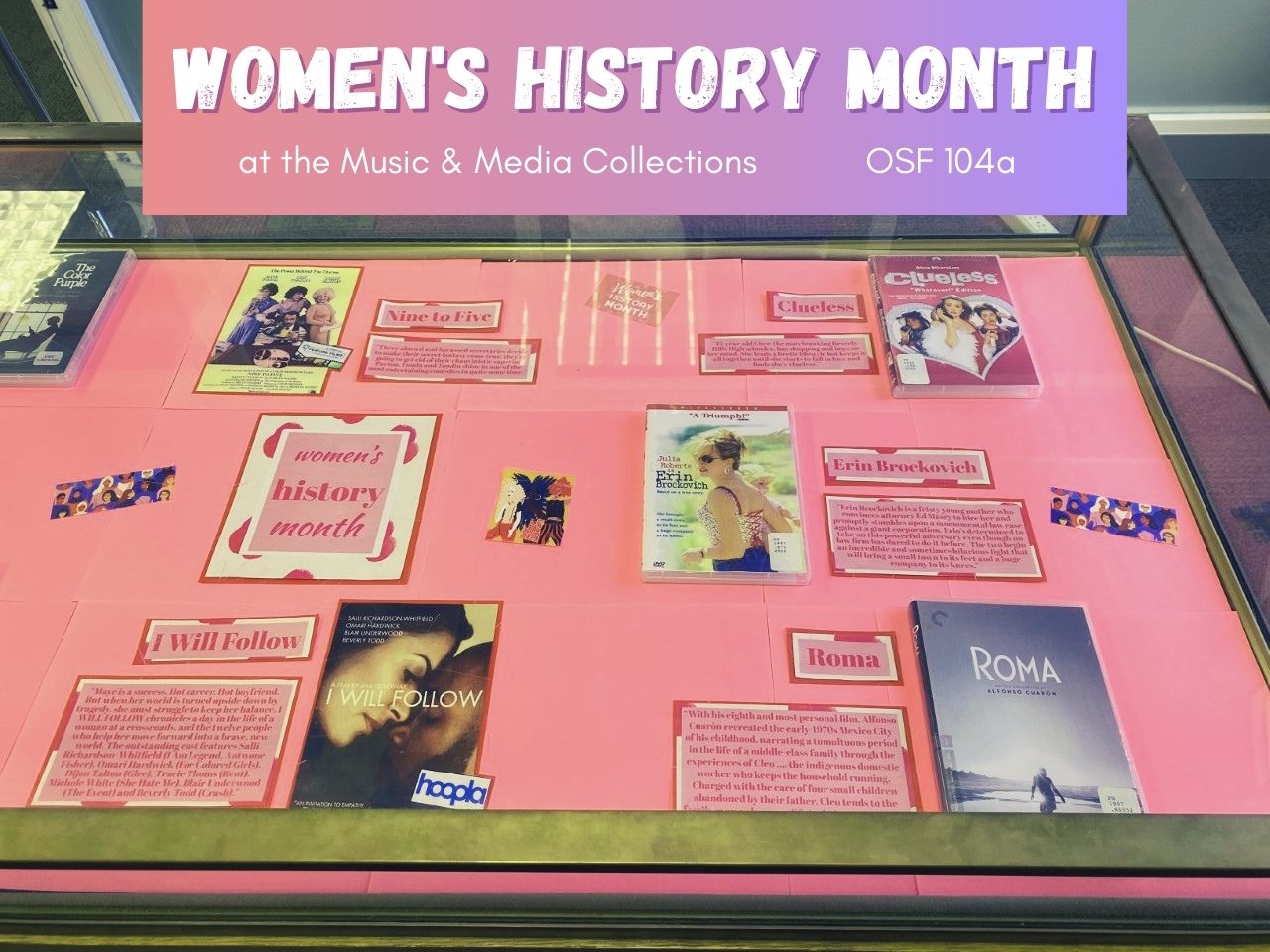 Check out The Color Purple—the 1985 film based on the novel of the same name by Alice Walker. The film follows the life of Celia, an African American woman in early 1900s Georgia.
The newest adaption of Little Women hit our shelves last year. Greta Gerwig wrote and directed this version.
The Joy Luck Club chronicles the relationships between Chinese-immigrant mothers and their American born daughters.
If you like the works of Ava DuVernay, the producer/director of Selma, check out I Will Follow which is her first feature film.
Roma, the Academy Award winner for Best Foreign Drama and best Cinematography, centers around the year in the life of Cleo Gutiérrez, a maid for a Mexican middle-class family in the 1970s.
The biographical legal drama, Erin Brockovich, follows the woman of the same name as she works to uncover what exactly a California power company is doing to a town’s water supply.
If you’re looking for some comedy, check out Clueless or Nine to Five. Clueless remixes Jane Austen’s Emma into the 1990s high school experience, and Nine to Five which features women getting revenge on their sexist boss. (And includes a great song sung by Dolly Parton too!).

10th anniversary of Poetry on the Patio, Tuesday, April 29 at Noon