Tales from the Archives — St. Thomas & the First World War 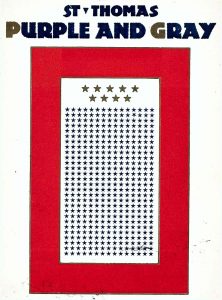 On this Veteran’s Day, which marks 100 years after the Armistice was declared for the First World War, it is fitting to reflect on the role St. Thomas played in the war.  Nearly 900 students, faculty, staff and alumni of the College of St. Thomas and St. Thomas Military Academy served during the conflict.   Many took up commissions as officers in the United States Army, Navy, and Marine Corps.  Others served in the the fledgling aviation corps, the ambulance corps or as members of Canadian and British military units.   At least 20 men with connections to St. Thomas lost their lives during while serving their country — some on the battlefield and some from the Spanish Influenza outbreak. 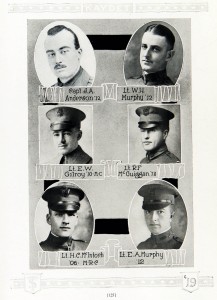 A group of St. Thomas alums who served during WWI, Kaydet, 1918.

During the autumn of 1918, the College of St. Thomas served as a site for one of the United States War Department’s units of the Student Army Training Corps (S.A.T.C.).  The S.A.T.C utilized the facilities, equipment, and faculty of colleges and universities across the country to select and train officer candidates and provide technical and vocational training for recruits. 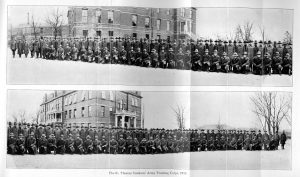 A barracks building was built on campus (near the site of the current Anderson Student Center) in the fall of 1918 to house the 250 men in the program.  The building was occupied for only a short time as the S.A.T.C. unit was demobilized in December 1918 after the armistice was declared. 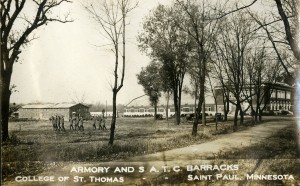 For more information on the history of St. Thomas during this period, search the Kaydet yearbooks and Purple and Gray magazine in the Historic University Publications database.

Tales From the Archives : The Computer Dance, 1965

Have Fun with a Little Help from the Library This Weekend