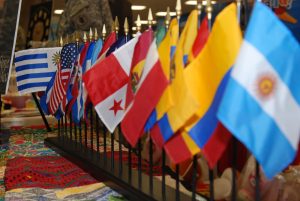 Did you know that September 15 to October 15 was National Hispanic Heritage Month? Although this month of celebration and recognition recently ended, there are still opportunities to learn about Hispanic culture. Here are some top film and music picks available for check out from the Music & Media Collection that celebrate Hispanic history, art, and culture!

Soul of the Tango: The Music of Astor Piazzolla

Chicano! The History of the Mexican-American Civil Rights Movement

Learn the story of the Chicano movement, a civil rights movement to empower Mexican-Americans from 1965 to 1975.  It features the Chicano land struggle, Cesar Chavez and the UFW (United Farm Workers), the Los Angeles High School Walk-Outs, and the creation of the political party La Raza Unida.

The Long Road Home: The Odyssey of a Young Mayan Refugee From Guatemala

A young Mayan man, Ricardo, fled his village in Guatemala to seek refuge in Mexico after government militias sought to destroy the resistance among the indigenous Maya people during the 1980s. After years in a refugee camp, he and his family crossed into the United States illegally seeking to join other family members. With the help of the “sanctuary movement,” the helped the family settles in Chicago, where they have an opportunity to tell their story.