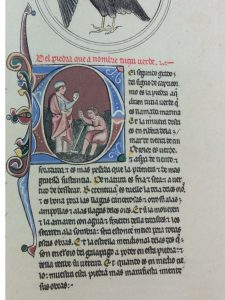 The Rare Books collection contains a number of facsimlies of medieval manuscripts.  One of the most unusual is the Lapidario del rey d. Alfonso X , a photo-chromo lithograph of a medieval lapidary.

A lapidary is “treatise on (precious) stones.”  Works such as this were popular in the Middle Ages when many people believed that certain gems held inherent powers and the wealthy accumulated jewels to store and transport capital. 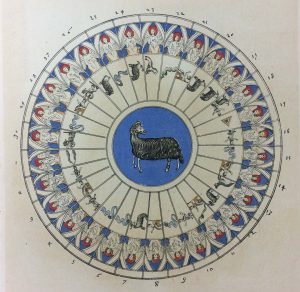 Commissioned by King Alfonso X of Castille and Leon, a group of Jewish scholars translated this work from an Arabic texts into the Castilian language. The content of the manuscript is different from more common lapidaries of the time in that it discusses the relationships between specific stones and the planets and other astrological bodies.  The work is divided by the Signs of the Zodiac with the various medicinal and magical properties of a stone (as it relates to a specific astrological sign) described and illustrated.

For more information on the UST Libraries rare books and manuscripts collections see our website.

O'Shaughnessy-Frey Library has 10 group study rooms for your use

Poetry on the Patio – April 24 at Noon