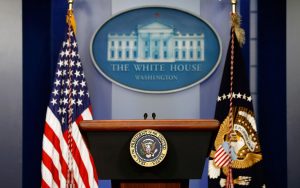 All the major news networks will offer a free live stream as will YouTube (included below) and Twitter.

The first debate will be divided into six time segments of approximately 15 minutes each on major topics to be selected by the moderator and announced at least one week before the debate. The moderator will open each segment with a question, after which each candidate will have two minutes to respond. Candidates will then have an opportunity to respond to each other. The moderator will use the balance of the time in the segment for a deeper discussion of the topic.