Tales from the Archives – The Tommy/Tommie Mascot

As early as 1947, students were asking in the college newspaper (The Aquin) why the school didn’t have a mascot when many of our rival schools had one.

It wasn’t until the mid-1950s that the first mascot, Tommy Tiger, appeared on the scene.  Originally managed by the Letterman’s Club, this orange and black cat made appearances to boost school spirit at sporting and social events on campus.  By the early 1970s, interest in keeping up this tradition alive waned and Tommy Tiger disappeared from the campus scene. 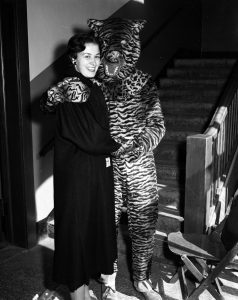 Tommy Tiger with the Homecoming Queen, 1957 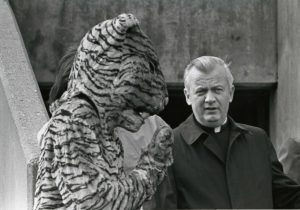 The St. Thomas mascot was revived by the college the mid-1980s.  Instead of returning as Tommy Tiger, the mascot was renamed Tommie (a feline of undetermined origin).  Since its comeback over 30 years ago, Tommie has changed its appearance several times.   I would guess the purple fur from the 1980s is one look Tommie would like to forget! 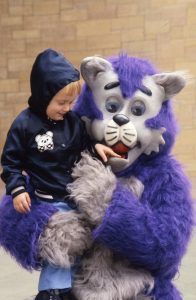 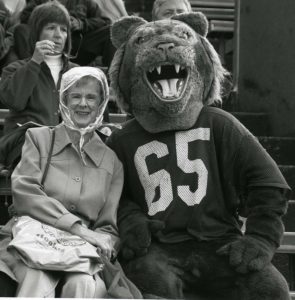 Today —  Tommie remains an ambassador for St. Thomas and promoter of school pride and spirit at campus events.  Be sure to get a high-five from Tommie next time you meet it! 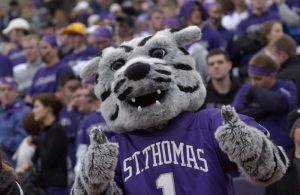 Christmas Music in the Great Hall with the Guitar Ensemble – Friday Dec 11 at 1:45 pm