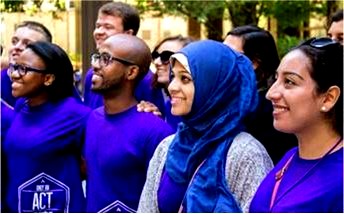 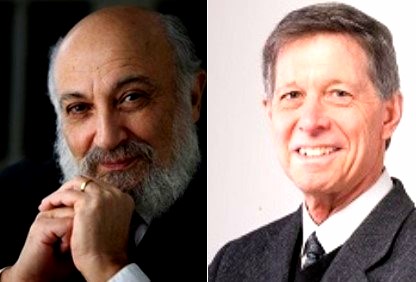 Muslim Scholar to Speak on God and Religious Diversity

Irfan A. Omar, associate professor of theology at Marquette University in Milwaukee, will present “The Oneness of God and the Diversity of Religions: A Muslim Perspective” on Monday, Oct. 2, at 7 p.m. at the Islamic Center of Minnesota, 1401 Gardena Ave. NE, in Fridley. The lecture, which is free and open to the public, is sponsored by the Jay Phillips Center for Interfaith Learning at the University of St. Thomas. Read more… 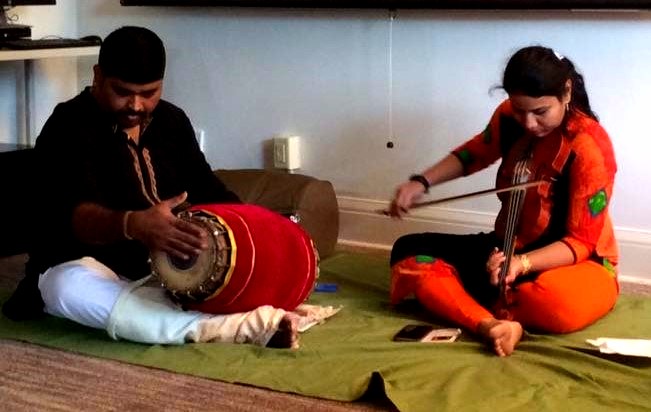 Religions and Cultures of South Asia

Join us for a fall open house at the Centers for Interreligious Understanding to celebrate and learn about the religions and cultures of South Asia. Drop by for live music, good food, and the opportunity to socialize with students, staff, and faculty from UST. Meet some of our distinguished guests and ask them questions about their South Asian traditions. This event is coordinated and sponsored by the Diversity Activities Board (DAB), the Jay Phillips Center for Interfaith Learning, and the Muslim Christian Dialogue Center. Open to all UST students, staff, and faculty. 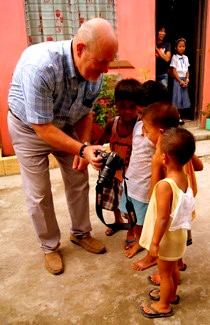 On Sept 15, 2017, the Jay Phillips Center for Interfaith Learning at the University of St. Thomas hosted a private panel of local faith and interfaith leaders who spoke on “Instilling Faith and Interfaith Understanding.” The event was organized and sponsored by the East-West Center, an independent public non-profit organization, with headquarters in Honolulu and Washington, D.C., that “promotes better relations and understanding among the people and nations of the United States, Asia, and the Pacific through cooperative study, research, and dialogue.”

The panel audience was made up of 12 senior international journalists from Australia, India, Indonesia, Kuwait, Malaysia, Nigeria, Pakistan, Philippines, Tunisia, and the United States. These journalists make up a cohort for the East-West Center’s 2017 Senior Journalists Seminar taking place September 6 – 29, 2017 with travel to Washington, D.C.; Minneapolis, Minnesota; Manila and Cotabato City, Philippines, and Rabat, Morocco. The Senior Journalists Seminar is an immersive 21-day dialogue, study, and travel program intended to enhance media coverage and elevate the public debate regarding identity and religion’s role in and resulting impact on the public sphere, specifically as it concerns U.S. relations with Muslim majority regions.

While in Minneapolis, the group met with religious and interfaith leaders, artists, public officials, members of the media, and law enforcement to experientially explore America’s multicultural and multi-religious society, the experiences of religious communities, interfaith initiatives, and how cultural and religious identity, experience, and diversity is expressed in the visual, performing, and media arts. Additionally, the journalists examine the political, military, and cultural engagement of American Muslims.

This panel, titled “Instilling Faith and Interfaith Understanding,” addressed the religious landscape of Minnesota and Minneapolis and how different religious communities in the area communicate and partner to educate the public, political leaders, and law enforcement agencies about religious tolerance. The four panelists were Rev. Dr. Curtiss DeYoung, CEO of Minnesota Council of Churches, Dr. Hans Gustafson, Director of the Jay Phillips Center for Interfaith Learning at the University of St. Thomas and adjunct professor in the College of Arts and Sciences, Randi Ilyse Roth, Executive Director of Interfaith Action of St. Paul, and Imam Dr. Tamim Saidi, Imam at Northwest Islamic Community Center and board member of Islamic Resource Group.

The Jay Phillips Center expresses condolences to the family and friends of Morton Bernard Phillips (1918-2017) who died peacefully in his sleep on August 22. Mort Phillips was the son of Jay and Rose Phillips and the husband of Abigail Van Buren (“Dear Abby”). Everyone connected with the Jay Phillips Center is deeply grateful to all members of the Phillips family who have so generously supported the center, especially Jay and Rose, Eddie (son of Mort), and Dean (grandson of Mort). Click “READ MORE” below to read the obituary published in the Star Tribune. Read More… 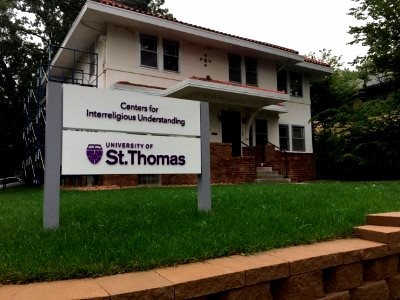 The Office for Mission has hired a Presbyterian minister, Jewish rabbi and Muslim imam onto its pastoral staff, another step forward in the university’s push toward supporting all faiths on campus and throughout the St. Thomas community.

Monday, April 24, is Holocaust Remembrance Day. St. Thomas community members are encouraged to take time for learning and reflection, not only about the atrocities of the Holocaust, but also of the bravery, courage and love seen amongst those affected by it.