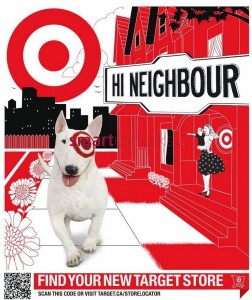 Target announced this week 22 new stores will open in British Columbia, Alberta, and Manitoba on May 7 as well as 2 more stores on May 14. As previously announced, Target plans to open 124 stores across Canada throughout 2013.

In a May 6 press release, Tony Fisher, president of Target Canada, remarked “Target is thrilled to be opening stores in Western Canada, providing a one-stop shopping destination that meets the wants and needs of our guests. It was exciting to see the response to our Ontario store openings, which have produced valuable insights that along with our soft openings in Western Canada will help us to continue to deliver on Target’s Expect More. Pay Less. brand promise for guests across Canada.”

In addition to exclusive Target brands such as Circo, Archer Farms, Market Pantry and up & up; Target Canada will feature limited time collaborations with Roots and Sam & Libby footwear. Target plans to feature on-going collaborations as well.

May 8, 2013 by Jessica Kluntz
Best of Real Estate Matters

From new “City Target” stores, existing store renovation, and expansion to Canada, David Marquis, Director of Corporate Real Estate for Target Corporation has been busy. David took time out of his busy schedule to speak at a fall 2011 Real Estate Executive Insight Series event. This popular 2011 post recaps his visit:

David’s visit was part of the Real Estate Executive Insight Series offered by the UST MS degree in Real Estate. This series began in the spring of 2010. Since then, we have invited 25 real estate industry leaders speak at St. Thomas. (Learn more about past events.) This event is free and open to the public. Spring 2012 speakers will be announced soon. Events are scheduled for the second and fourth Tuesdays of the month between February 28 and May 8. 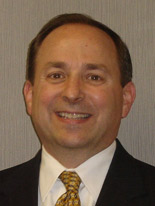 “Life’s a moving target” for David Marquis, Director of Corporate Real Estate for Target Corporation.  After graduating from the University of Minnesota with a degree in architecture, Marquis joined Target as a CAD store planner, and eventually moved into Target’s real estate group.  His current responsibility is managing the non-retail portfolio including office and distribution space.

Target’s Canada expansion strategy, which commenced when Target acquired the leasehold interests for Zellers retail locations throughout Canada, includes launching approximately 130 new stores in 2013.  The existing Zellers stores will be renovated; Target negotiated with the landlord in each case to allow the store to go dark during the renovation.  Target will be hiring 35,000 new team members for its Canadian expansion.  Both logistics and brand translation are important issues, namely, how to re-create the Target shopping experience with Canadian employees who have never shopped at a Target store.

As for US stores, Target is focused on two major initiatives: City Target and renovating existing stores.  While a traditional store is 130,000 square feet, new City Target stores springing up in popular urban locations throughout the US will be sized at 60,000-100,000 square feet .  This year Target broke ground on a historic rehab project in Chicago and will complete City Target stores in Seattle, Los Angeles, and San Francisco next year.  The investment in existing Target locations will add fresh grocery departments to stores, improving Target’s convenience factor as a “one-stop shop.”