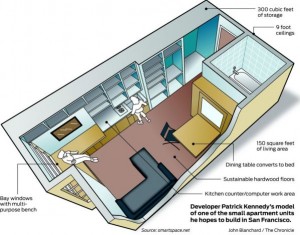 The following commentary by Ori Klein was reposted from DSNews. Micro Apartments are becoming more popular in cities where land prices are very high near the most desirable locations.  How long until this trend arrives in Minneapolis / St. Paul? Don’t be supprised to see a development like this before long in the Uptown or downtown Minneapolis submarkets.       -Editor

Ever since the economy took a hit in 2008, downsizing has been a top priority for many homeowners and renters. The McMansion is out; low-maintenance living is in.

You can see it in traditional listings as well as on the real estate auction block—for the past several years, capacious luxury mansions have been sold via auction due to previously languishing on standard real estate listings; this continues to be a popular method of sale for owners looking to liquidate these mammoth estates (just ask Michael Jordan). With finances still in flux for most Americans, cutting back on monthly costs of maintaining a home or apartment is essential. Enter the micro apartment—the latest trend in economical living space.

Being scooped up by young urban singles, service workers, recent grads, and retirees on a fixed income, the micro apartment is the epitome of the downsize. Typically weighing in between 200 and 350 square feet (at most), these units often include private bathrooms and modern building amenities, yet require sharing a kitchen and patio with other micro dwellers. Many consider this a small sacrifice due to the clever space-saving floor plan that offers such furnishings as a dining room table which transforms into a bed, as well as a host of built-in shelves for storage. Bundle that with Internet access and an optimal location near city hot spots and transportation, and micros can be the ideal home for some. Micro apartments have become favored dwellings in leading metropolitan areas such as New York, Boston, San Francisco, and Seattle. 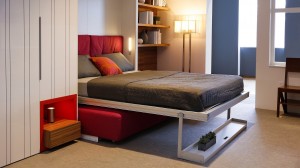 USA Today recently covered this real estate sector uptick, reporting, “Though tiny has long been typical in Manhattan, mini-apartments are popping up in more U.S. cities where land is finite, downtowns have regained cachet, and rents have risen. In a digital age when library-sized book collections can be kept on a hand-held device, more Americans see downsizing as not only feasible but also economical and eco-friendly. . . . Developers say they can’t build micro-housing fast enough.”

Seattle, in particular, is leading the way with micros, where this style of living is exceptionally popular for young singles who want to reside within city limits. Jim Potter, founder of Footprint Investments and chairperson of Kauri Investments, a real estate investment and development company, has already completed six buildings with 40 to 60 micro apartments each in Seattle and is in the process of developing similar buildings this year in Portland, Oregon, and Jersey City. 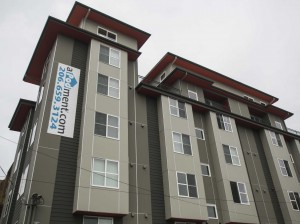 “We don’t do any advertising, and we’re 100 percent occupied all the time,” Potter said. “It is a national phenomenon and Seattle is ahead of the pack. . . . Nobody else is producing something at this moderately priced range. You get a brand new building with a new bathroom. You get Internet access and it’s fully furnished. In general, our buildings are on major bus lines and/or light rail.”

Seattle may be ahead in the micro-space now, but it may not be for long. Despite a blanket 400 square-foot requirement on all apartments in New York City, the Big Apple is also entering the micro arena.

“Last year [Mayor Michael] Bloomberg, along with the Department of Housing Preservation and Development Commissioner, Mathew M. Wambua, launched the adAPT NYC Competition, a pilot program to develop a rental building composed of micro-units,” AOL Real Estate reports. “The winner of the competition proposed 55 units ranging from 250 to 370 square feet (23 to 34 square meters), made of prefab modules. The building is scheduled for completion in Manhattan by September 2015, and will include a rooftop garden, lounges, a deck, laundry, bike storage, a cafe, and fitness room.”

San Francisco and Boston are getting in on the micro action as well, where these “aPodments,” “micro lofts,” or “metro suites,” as they are often called, are being sought after by service workers who want close proximity to their jobs, as well as techies who consider utilizing a micro as a second home for late nights in the city. The economical rent is the greatest draw.

END_OF_DOCUMENT_TOKEN_TO_BE_REPLACED 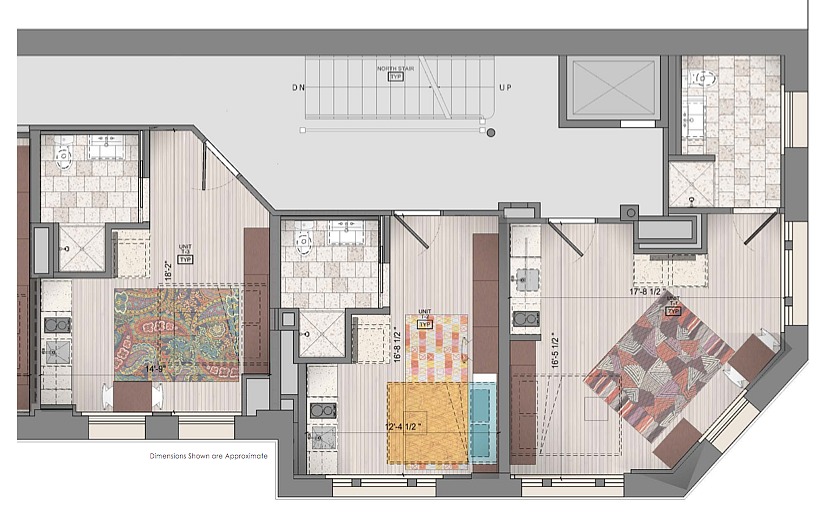 San Francisco is considering changing its building code to reduce the minimum required apartment size from 290 sf to 220 so as to allow smaller micro-units. Planning officials expect END_OF_DOCUMENT_TOKEN_TO_BE_REPLACED