The Minnesota Real Estate Hall of Fame, established in 2010 by the Shenehon Center for Real Estate at the University of St. Thomas Opus College of Business, will add three new members in a morning ceremony Thursday, Nov. 5th, at the Golden Valley Golf and Country Club.

Members of the Minnesota Real Estate Hall of Fame are chosen for their outstanding business performance, high standards of ethics and community activities. The three new members 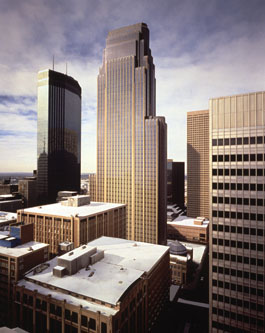 For more than 50 years, Dan Dolan has pursued a career in real estate. He was a leader in improving the professional and ethical standards in real estate and was an early promoter and employer of women in real estate sales. His real estate developments include the Evergreen Community, an upscale residential development in Woodbury; and the Oakdale Crossing Business Park.

Throughout his career, Dolan has been actively involved in boards and fundraising, including the merger of Cretin and Durham high schools, fund raising for the University of St. Thomas, and serving as King Boreas XLII in the 1978 St. Paul Winter Carnival. He may be eligible for retirement, but Dolan is just as passionate as ever about real estate development and continues to receive offers of employment in the industry.

Since 1962, Larry Laukka has actively served in all  aspects of the real estate industry, but primarily in the building and development business. Laukka’s experience has included the design, development, financing, construction and marketing of more than 6,000 dwelling units and home sites throughout the greater Twin Cities community, and the management of approximately 3,000 owner-occupied townhomes and condominiums. His leadership roles include president and director of the Minneapolis Builders Association (MBA), senior life director of the National Association of Home Builders (NAHB) and founder of the Minnesota Housing Institute (MHI), which served the real estate industry’s state-wide needs to commercially promote home ownership and legislative action.

In the 1960s, Laukka worked with The Near Northside Re-Development Agency, a community based organization established to guide the redevelopment of the near north side of Minneapolis. The agency focused on the growing need for market rate housing and led to the development of single-family housing, hailed as “The Suburb in the City.”  After being approached by Governer Wendell Anderson, Laukka helped develop the State Housing Finance Agency and chaired the Minnesota State Housing Code Advisory Board until a state-wide building code was in place. Most recently, he served on the Fairview Southdale Hospital board of trustees and chaired the development of its new Carl N. Platou Emergency Center opened August 2015.

For more than 40 years, James Solem provided outstanding leadership and tireless work in real estate finance and public policy, supporting the development of rental and ownership housing for low and moderate income households. He was the executive director of the Minnesota State Planning Agency from 1970 to 1978, and served as commissioner of the Minnesota Housing Finance Agency from 1978 to 1994 – a position he was appointed to five times by three Minnesota governors. From 1994 to 2000, Solem was the regional administrator for the Metropolitan Council, leading the long-range planning for transit, wastewater, parks and community development in the seven-county metropolitan area.  From 2000 – 2006, at the University of Minnesota’s Center for Urban and Regional Affairs (CURA), he led a project to bring new ideas to the issues of affordable housing and regional growth.

Now retired from the Metropolitan Council, Solem is active with consulting and volunteer service. He is chairman of the board of the Community Reinvestment Fund and of the boards of Common Bond Housing Corporation and the Greater Minnesota Housing Fund. Throughout his career, Solem demonstrated an exceptional knowledge of operations and governmental polices, brought a high level of ethical standards to the real estate industry and championed those most in need.

The program is open to the public and the cost is $60. More information is available at http://www.stthomas.edu/centers/shenehon/minnesota-real-estate-hall-of-fame/

To register use the following link:    https://webapp.stthomas.edu/eventregistration/ust/register.jsp?eventcrn=B1973

The Minnesota Real Estate Hall of Fame now has 30 members. Previously named were: 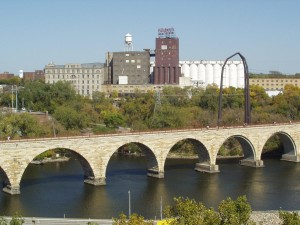 The historic Pillsbury A-Mill site, as seen from the Stone Arch Bridge in Minneapolis

After 40 years of successful affordable housing development, Dominium’s growth is stronger than ever.  With 15,000 units owned in 21 states, the Plymouth-based company is not only committed to affordable housing, but it is also raising the bar for transformational historic projects in the Twin Cities and beyond.

Mark Moorhouse, Senior Vice President and Project Partner, revealed Dominium’s elaborate plans for its upcoming projects at the Buzza building in Uptown Minneapolis, the iconic Pillsbury A-Mill site on the riverfront in downtown Minneapolis, and the Schmidt Brewery in St. Paul.

Schaefer Richardson worked on a redevelopment plan for the site for nearly a decade but ultimately the project wasn’t feasible, especially for the proposed use of 1500 units, mostly condos.  Dominium is taking a more conservative approach by developing less units initially (250) and designating them as affordable artist lofts.  Moorhouse explains that neighborhood groups are more receptive to affordable artist housing than typical affordable housing, since artists are a special asset to the community.
END_OF_DOCUMENT_TOKEN_TO_BE_REPLACED