Thomas A. Musil, D.P.A., assistant professor in the finance department recently presented his research on Regulation of Real Estate Development Through the Use of Community Benefit Agreements. Here then are five questions with Prof. Musil:

Q. What are Community Benefit Agreements?

Q. What are you hoping to accomplish with your research?

A. Very little is known about CBAs. There is scant evidence of how these agreements produce outcomes and enhance the project and/or the community. In my research, I specifically looked at 28 of the 50 projects nationally where CBAs have been used in the development process. I reviewed at each of these projects in terms of their impact on environmental justice – the fair treatment and inclusion of all people regardless of their race, color, gender, national origin or income. Of the CBAs reviewed, 28% involved hiring in the agreement, 57% required communication between developer and community, 53% contained requirements in terms of minimum wage or living wage jobs and 53% related to contracting with certain groups such as those who are local or typically harder to employ. END_OF_DOCUMENT_TOKEN_TO_BE_REPLACED

10,000 Retiring Baby Boomers every day.  Every Day, for the next 20 years.  Locally and nationally, even globally, this is our new demographic normal – an aging population with fewer and what baby boomers would have you believe, “less talented” workers to replace them. 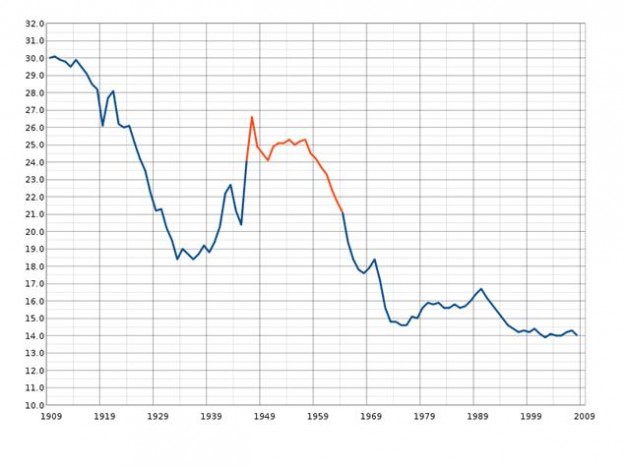 Bigger than huge, this is a monumental generational shift that will affect numerous aspects of our lives – opportunities, obligations, and financials.  State Economist, Dr. Stinson, recently spoke on the new normal in his Economic Outlook, noting  “As a significant portion of our [Minnesota’s] population ages, there is not much in the way of labor force growth to replace these individuals.”

END_OF_DOCUMENT_TOKEN_TO_BE_REPLACED 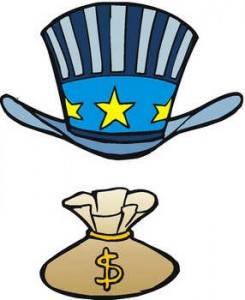 Property Owners: As If You Didn’t Have Enough Issues To Deal With Already.

Apparently, the Department of the Treasury feels that a significant number of real estate property owners have mis-reported rental income.  They, as a group, have been singled out for special attention by the IRS.  See the article below by Steven Katkov.  Steven is an adjunct instructor who teaches Real Estate Law at the University of St Thomas.  He is also the Senior Partner in the Katkov Law Group.

The Internal Revenue Service (IRS) should increase its examinations of personal tax returns that report losses from rental real estate activity, according to a new audit report released publicly today by the Treasury Inspector General for Tax Administration (TIGTA).

TIGTA’s report, “Actions are Needed in the Identification, Selection, and Examination of Individual Tax Returns with Rental Real Estate Activity,” was conducted because a Government Accountability Office report in August 2008 stated that at least 53 percent of individual taxpayers with rental real estate activity for Tax Year 2001 misreported their rental real estate activity, resulting in an estimated $12.4 billion of net misreported income. END_OF_DOCUMENT_TOKEN_TO_BE_REPLACED

Over 20 million awarded to Homeless Programs in Minnesota for 2012

Minnesota homeless programs were awarded nearly 21.5 million dollars by the Department of Housing and Urban Development (HUD) to renew funding across the 163 homeless programs operating in Minnesota.  Secretary Shaun Donovan, said the grants awarded “will literally keep the doors of our shelters open and will help those on the front lines of ending homelessness do what they do best. It’s incredible that as we work to recover from the greatest economic decline since the Great Depression, the total number of homeless Americans is declining, in large part because of these funds.”

Whether you are looking for ways to position Minnesota as a good location to buy real estate or simply need a reminder of why we like living here next time it snows, the Greater MSP, the Minneapolis St. Paul Regional Economic Development Partnership website is a great resource. Not only do they put together videos about the highlights of the areas on their  YouTube channel, they provide statistics to backup why this is a great area to do business (location, transportation, financing & incentives, demographics, taxes, utilities, innovation, the economy), to live (education, cost of living, healthy lifestyles, philanthropy and volunteerism, sports and recreation, arts and culture, shopping and attractions) and workforce information (labor force statistics and projections, wages, employment by industry and occupation, colleges and universities.)

Just a few of the reasons Minnesota is a great place to live, go to school and do business: 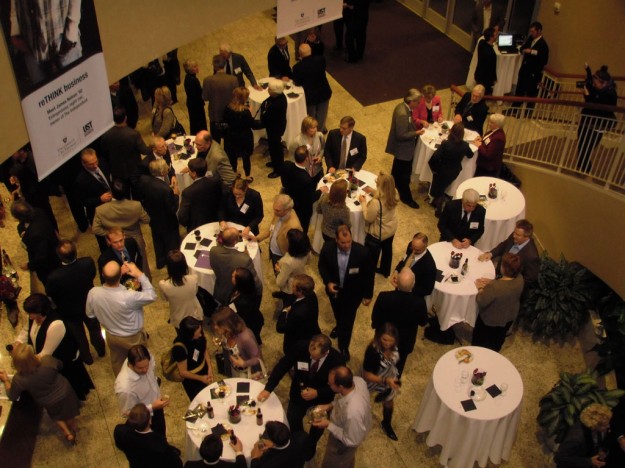 Real estate industry leaders gathered at UST on October 26, 2011 for the Hall of Fame induction ceremony and to hear Tony Downs, Senior Fellow at the Brookings Institution

Tony Downs’ reputation precedes him.  Having authored An Economic Theory of Democracy at age 27, 23 books and over 500 articles, and being an active economist at the Brookings Institution since 1977, he has seen the rise and fall of the US economy many times over.  At the 2011 Minnesota Real Estate Hall of Fame induction ceremony, the University of St. Thomas presented Downs with a Certificate of Professional Distinction.  Downs presented the audience with an assortment of colorful jokes and a foreboding economic forecast.

Downs projects another 3-5 years of depressed economic conditions, due to the myriad of issues that he believes stem from Americans’ unwillingness to accept the reality of the economic situation, to make sacrifices, and to encourage realistic solutions from politicians.

“Short run focus is a big weakness in American democracy,” states Downs, who undoubtedly sympathizes with the current situation and believes that “what we really need is a miracle of some kind.”

Downs elaborates, highlighting the factors that have added up to produce the current Great Recession. “Long run federal spending must be greatly reduced,” advocates Downs, but he recognizes that now is not the time to reduce the federal workforce and put more Americans out of a job.  Interestingly, Downs notes that the Clinton administration observed the largest increase in American employment of any president, even though taxes were raised on the wealthy twice during those eight years.  The economic disparity between classes has become greater with the lowest 20% of workers earning just 3.4% of total income and the highest 20% bringing in one half of the country’s total income.  Downs believes it is in part the wealthier Americans’ responsibility to make the country more equitable; otherwise, uprisings will continue to spread, similar to what’s been happening in Greece.

The discrepancy in incomes has resulted in the middle class borrowing too much to consume imported foreign goods, with consumption becoming too large a portion of the overall GDP (consumption had risen to 70% by 2009, a historically high level); this level of consumption was not sustainable and must remain at previous levels for the health of our overall economy.

America should be investing in “production, education, and new energy sources” to protect its future.

To avoid a future financial crisis, Downs recommends breaking up the largest banks to spread the wealth amongst the nation’s 8,195 financial institutions so that none are ever too big to require bailing out.  With 80% of US capital held by only 10 banks, history is bound to repeat itself if we do not act to break up financial monopolies.

Click below to read the rest of Downs’ key points, including information about the real estate market…

END_OF_DOCUMENT_TOKEN_TO_BE_REPLACED 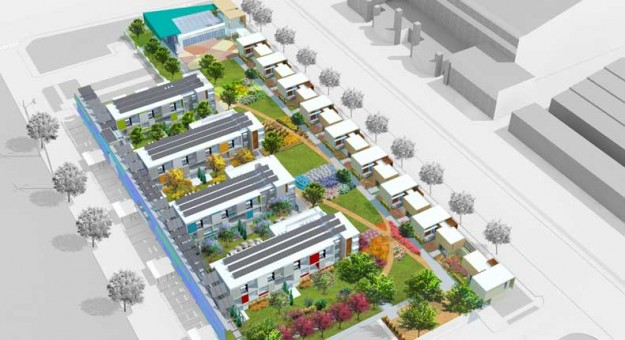 The Paisano Green Community in El Paso, Texas, will open on Earth Day in 2012.  The nation’s first Net-Zero energy multifamily for-rent development project is funded by an $8.25 million grant from the American Recovery and Reinvestment Act (ARRA), along with $1.6 million from Housing Authority of Central El Paso and a $500,000 loan from the City of El Paso.

END_OF_DOCUMENT_TOKEN_TO_BE_REPLACED 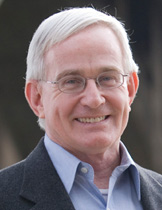 Tom Murphy, the former Mayor of Pittsburgh was faced with a challenge – what to do with a polluted, run-down, economically disadvantaged downtown Pittsburgh.  Going from abandoned steel mills to new mixed-use developments and thriving waterfront parks took time, creativity, and a strong private-public partnership.

This is just one example of a city repositioning itself for stronger growth.  Murphy believes that cities must demonstrate they are innovating themselves in order to attract growing companies, establish the new employers, and then be able to expand housing, retail, and entertainment options in a way that will be financially viable.

Murphy asserts that the Twin Cities is at a turning point in its growth history, projected to add 400,000 people to the population over the next 10 years.  The Twin Cities, Murphy believes, needs increased investment in research and development, specifically via the Mayo Clinic and U of M.  According to residents of other US regions, Minnesota, despite having a thriving urban region, is still known as “cold” and for being the “home of the Mayo Clinic.”  If the Twin Cities can capitalize on its medical and scientific facilities, this intentional effort could result in more companies springing up around the area, which will lead to increased venture capital investment.
END_OF_DOCUMENT_TOKEN_TO_BE_REPLACED

Why real estate has become a drag on the economy – a year in review. 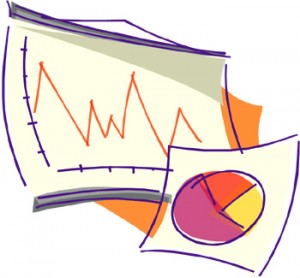 Last October, Dr. Anthony Downs provided the keynote address at the first annual Minnesota Real Estate Hall of Fame induction ceremony. His address, Why real estate has become a drag on the US economy was a realistic, unvarnished assessment of the issues that our country was facing at the time. He noted that in previous recessions, real estate had often led the way to recovery. Today, however, real estate is a serious drag on our economy’s ability to return to prosperity.

Dr. Downs will return to the University of St. Thomas on October 26 to present the keynote address, “2012 Real Estate Market Update” for the second annual Minnesota Real Estate Hall of Fame induction ceremony. In preparation for this event, I looked back at his presentation from last fall and was surprised by how relevant his address remains today. I thought it would be interesting to revisit his remarks to see how they compare to actual events in the last year.

Most of the key issues that Dr. Downs mentioned last year are still with us today and many of his predictions have come to pass in the ensuing year. Here are several examples:

Unemployment. Dr. Downs observed “high rates of employment are likely to continue for several more years”. He mentioned consumers will not have the cash to increase spending and small businesses will have little reason to hire more. Related to employment he foresaw “no sudden change in conditions is likely to radically increase the demand for new workers and for new production”. Looking at the national employment rate that has been hovering at just over 9% and the Minnesota rate that has been over 7% since last fall with little prospect of near term improvement, his observations seem to be right on. END_OF_DOCUMENT_TOKEN_TO_BE_REPLACED

If the jobs bill passes, for-profit multifamily investors focusing on redevelopment of distressed properties will be able to apply for Project Rebuild funding through state agencies.  The jobs bill is one of many potential upcoming changes to the industry.  Investors are also keeping an eye on the LIHTC program, which may see changes proposed by the bipartisan congressional super committee responsible for finding $1.2 trillion in deficit cuts before Thanksgiving. 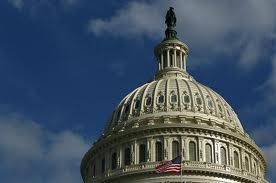 While the demolition and rehabilitation of single-family homes gets a lot more attention than multifamily properties do under the Neighborhood Stabilization Program (NSP), Project Rebuild, the next generation of the program offered in President Obama’s jobs bill, provides an opportunity for nonprofit and for-profit apartment owners alike.

The $15 billion Project Rebuild will provide funding to purchase, rehabilitate, and/or redevelop foreclosed, abandoned, demolished, or vacant properties, including apartment buildings. The funding can also be used to establish and operate land banks.

In the last round of NSP allocations, nonprofits and government agencies were the only entities allowed to compete for funds. In this round of allocations, however, for-profit, private companies, which could include apartment developers and owners, can compete for funds that could be used to rehab or demolish blighted apartment buildings. In this round, commercial properties are also covered, which could open the way for rehabilitation of older, mixed-use properties.