According to Finance & Commerce, Minneapolis-based Hunt Associates and Washington-based Weidner Apartment Homes teamed up and presented on Thursday, June 18th, 2015 preliminary plans for a new six-story Minneapolis apartment building expected to replace the existing building on the 1.7-acre site which is currently home to the nonprofit Minnesota AIDS Project. 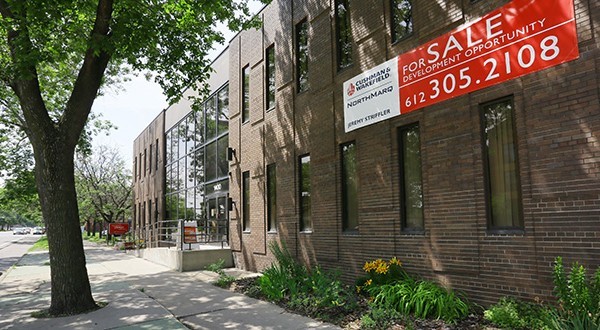 The Minnesota AIDS project building, at 1400 Park Ave. S. in Minneapolis, could be torn down late this year or early next year. (Staff photo: Bill Klotz)

The new building will also have two levels of below-ground parking along with significant amount of amenities, including an outdoor courtyard. Hunt added that the developers are working with the project architect BKV Group to create a design similar to what you might find near the University of Minnesota today, with upper floors that “bend in the same time as they stand out.” Located at 1400 Park Ave. S., the site seems to be at an attractive location given that it’s at five blocks southwest of the new Minnesota Vikings stadium and also near the Minneapolis Convention Center (About three blocks to the west, across Interstate 35W). The project is owned by Weidner while Hunt Associates would act as a fee developer.