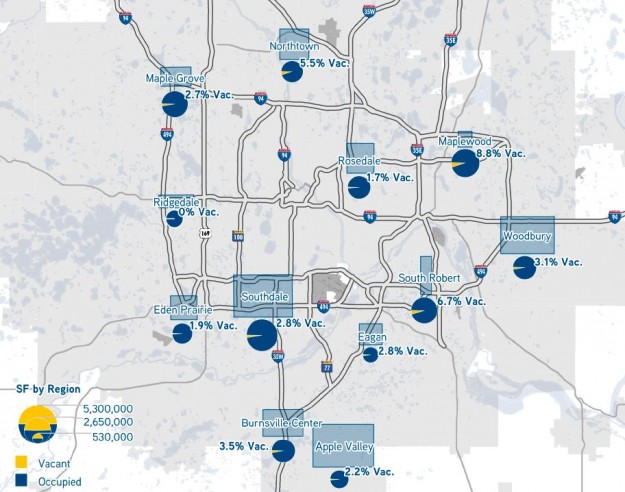 Leasing activity in the quarter was led by the opening of a 49,000 s.f. Hobby Lobby in Woodbury, its first store in the Twin Cities market. The Oklahoma-based arts and crafts retailer is also planning locations in Blaine and Maplewood in the coming months. Additional lease commencements included the 400 Bar’s relocation to 25,000 sf at the Mall of America, DSW Shoes’ new 18,000 sf location at Eden Prairie Center, and a Cost Plus World Market at Arbor Lakes (also 18,000 sf).

New construction openings included a 178,000-square-foot Walmart in Cottage Grove and a 17,000-square-foot Lunds Kitchen in Wayzata. Construction continued on the Paragon Outlet’s new center in Eagan, set to come online this Fall with 409,000 square feet of space. The center is expected to open 90% leased, with retailers Saks off 5th, Gap Outlet, and Michael Kors already signed. Construction also began this quarter on the Mall of Americas Phase 1C expansion, which will include 150,000 square feet of new retail space. 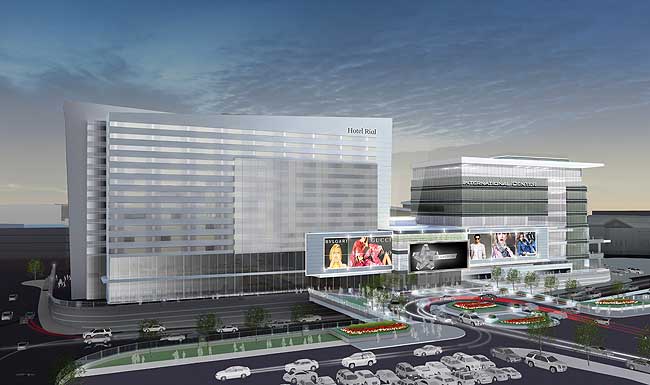 The Mall of America Phase 1C expansion will add 150,000 SF of retail space as well as a new hotel

Sales activity included the Ackerberg Group’s purchase of 177,00 sf Calhoun Square for $69.5 million. Addtionally, the closed downtown St. Paul Macy’s was bought by the St. Paul Port Authority for $3 milion, or about $8/sf. The property fetching the highest premium this quarter was a 14,500 sf Walgreens in Chanhassen, which sold for $8.5 million, or about $590/sf.

Going forward, Colliers expects continued strong absorption during the remainder of 2014, led by the opening of the outlet center in Eagan. The grocery sector will continue to be particularly active, with several national and local retailers all expanding, including Target, Walmart, Lunds, Whole Foods, Trader Joe’s, and Aldi. Also, Iowa-based Hy-Vee has announced plans to expand into the market, while Rainbow announced plans to close or sell many of its remaining Twin Cities locations.

At First & First, A Focus on Creative Real Estate

A Brief Summary of the 2015 Twin Cities Housing Market. This Year was a Good Year, What About 2016?