The Good, the Bad, and the Ugly of Hosting the Olympic Games – Real Estate Matters
Development, Economics, Urban Planning

The Good, the Bad, and the Ugly of Hosting the Olympic Games

The 2014 Olympic winter games in Sochi, Russia are projected to be the most expensive in history. With construction and infrastructure costs rising to over $50 billion dollars, a staggering $38 billion over budget, Russia has more than three times eclipsed the current record for most expensive games. Greece, who hosted the 2004 summer Olympics in Athens, spent $15 billion. While the immediate economic benefits and increased global profile of hosting the games are attractive, the long-term costs are unlikely to be recovered by most cities. In fact, with Greece over-spending the budget by $9 billion, the Athens Olympics are said to have triggered the economic crisis. Greece is not alone. Following the 1976 Olympics in Montreal, a tobacco tax was introduced to fund the financial loss.

In preparation for the games, cities build at a rate that would typically take years to achieve. With schedules frequently running behind, long-term planning and financial management is sacrificed to get the job done in time for the opening ceremonies. Few host nations have been successful in creating development that will benefit the country after the fanfare has left town. Many cities are left with infrastructure that suddenly has no real use.

Stephen Wenn, professor of sport history and Olympic studies at Wilfrid Laurier University told CNBC that “[Olympic planning] success comes to those who most fully grapple with the issue of legacy and remain firmly fixed on what their city hopes to achieve.”

Who has done this well and who has not?

Barcelona is often cited as an Olympic city planning success story. When Barcelona hosted the summer games in 1992, they didn’t just build stadiums, they built their position as a tour de force in Europe. Despite the fact Olympic planners exceeded their initial budget; developments made to improve the city were designed to have positive long-term impact. Led by mayor Pasqual Maragall, Barcelona experienced an in-depth transformation. Previously viewed as an industrial backwater, the city’s coastline received a face lift for the games. Abandoned warehouses were demolished and over two miles of beach and marina was added to the waterfront. New roads and sewage systems were built. The airport and railway system were redeveloped. More than twenty years later, the city of Barcelona continues to benefit from the Olympic development projects. It is estimated that infrastructure created for the games provided over 20,000 permanent jobs for Barcelona.  The two main venues created for the games, the Estadi Lluís Companys and the Palau Sant Jordi, continue to generate revenue for the city by hosting concerts and sporting events. The city is now the 5th most popular tourist destination in Europe. Additionally, the games also created a lasting buzz for sports in Spain. The country boasts world class tennis, basketball, and soccer players. 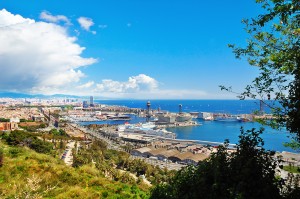 With a budget exceeding $15 billion ($9 billion over the initial budget) and as many as 21 of the 22 Olympic venues lying vacant, Greek citizens are left wondering if hosting the games did more harm than good. While the government-debt crisis in Greece cannot be blamed on the Olympics alone, the games no doubt had a negative impact. In an interview with Time magazine in 2012, Greek gymnast Christos Libanovnos said, “It felt good at the time because we were the center of the world, and we got to show off our country. But what did it cost? So much money — billions of euros. And now we are bankrupt and everything just gets worse and worse every day. It’s hard not to see a connection. It’s hard not to think that maybe it wasn’t worth it.” However, empty sports venues cannot be the only indicator of whether or not the investment was worth it. The metro, airport, and new roads created for the games positively impact the city of Athens. 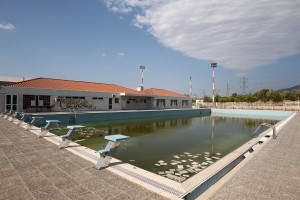 Although the Sochi Olympics have yet to take place, initial projections do not look promising. It is unlikely that the $50 billion being spent to host the Olympics will ever be recovered. Sochi is located in a remote part of Russia—on the Black Sea coast near the border with Georgia. It has a subtropical climate and is considered a summer resort. Constructing venues to accommodate winter sports in this area is costly, and they are unlikely to be used after the games are held. According to an article in the Economist (July, 2013), the quality of the work is patchy. The ski jump has been redone many times and the cost has risen sevenfold, newly laid sewage pipes have burst, and sea-coast fortifications cracked soon after installation. The work has been carried out with little concern for the environment. The river flowing into the Black Sea has been polluted by construction waste and protected forests have been cut down. With many building contracts being awarded to companies owned by friends of Vladimir Putin, the Sochi Olympics may not only be the most expensive to date, but also the most corrupt as well. 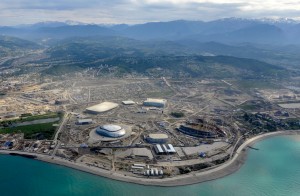 Winning the bid for the 2014 FIFA World Cup and also the 2016 Summer Olympic Games, Brazil has the unique opportunity to maximize development around two major events. Projects of $52 billion are planned to support necessary infrastructure improvements throughout the country. With five months to go before the World Cup opening day, development projects are behind schedule. Planned infrastructure and transportation projects have been scaled backed or shelved. Six of the twelve stadiums built for the 2014 World Cup missed their completion deadline of December 31, 2013.  Furthermore, the ethical practices of the contracted construction companies are being questioned. Andrade Gutierrez, the construction company building a World Cup stadium in the city of Manaus, is under scrutiny after two workers died on the job due to unsafe working conditions. Local unions are worried that demanding hours are putting workers’ safety at risk. Labor attorney general’s office reported the workers of Sao Paulo’s international airport expansion are living in “slave-like” conditions. While the long-term benefit of the investments is yet to be known, it appears Brazil has quite a bit of work to do to be considered a host city success story.