How Will Supreme Court Decision in Koontz Impact Land Use Policy?

In a decision that many believe will have broad implications for how land-use agencies obtain concessions from landowners who wish to develop their property, the U.S. Supreme Court last month sided with a Central Florida property owner who challenged the terms of a state-issued development permit for wetlands property he owned. The 5-4 decision in Koontz v. St. John’s River Water Management District overturned a Florida Supreme Court decision that found in favor of local regulators and against the landowner. 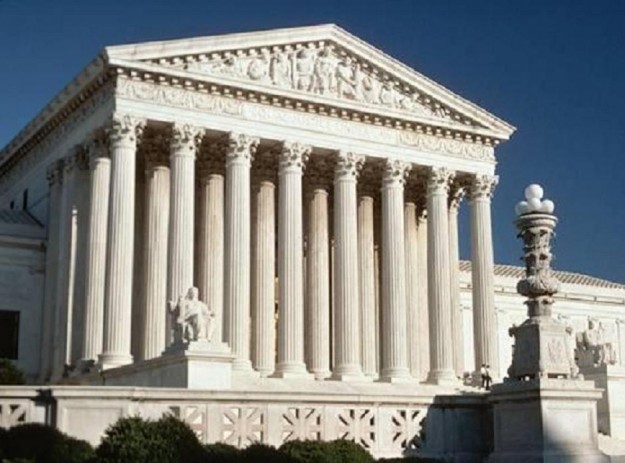 In this case, Coy Koontz sought to develop a portion of 15 acres of property, which included some wetlands. He proposed to develop 4 acres of the property and offer the remaining 11 acres as a wetlands conservation area. The local Water Management District, however, refused to approve his project unless he made additional concessions. The St. John’s River Water Management District offered Koontz two options: either limit his development to 1 acre and devote the remaining 14 acres to wetlands preservation, or pay for off-site mitigation of 50 acres of wetlands elsewhere in the district. Koontz thought these conditions excessive, so he sued under a state law permitting him to seek damages. The Florida Supreme Court held that Koontz did not have a claim because existing court standards limiting local land use authority did not apply to the denial of permits or to monetary concessions.

Prior to the Koontz case, courts did not give heightened scrutiny to the denial of land use permits or the imposition of monetary concessions on developers by land use authorities. Heightened scrutiny had been limited only to “title exactions,” which are are a requirement that an easement or title to some of the property be dedicated to the public, such as a conservation easement to preserve a wetlands area. In Nollan v. California Coastal Commission, the Court established that title exactions must bear an “essential nexus” to the harm prevented, meaning land use authorities cannot require title exactions which are unrelated to the negative impacts created by a development. In Dolan v. City of Tigard, the Court found that exactions  imposed must be “roughly proportional” to the adverse impact of the project on the community. The Koontz decision extends those standards to include not just title exactions, but also permit denials and monetary exactions by land use authorities.

In writing the opinion for the majority, Justice Samuel Alito reasoned that the fact that the State did not actually take any property from the landowner was not the only consideration in determining the outcome, stating that “extortionate demands for property in the land-use permitting context” would also violate the Fifth Amendment protections afforded by the Constitution.  While accepting the government’s authority to use wetlands mitigation requirements in public policy, the majority opinion demands a heightened scrutiny of land-use decisions affecting developers. The four dissenting Justices disagreed with respect to the monetary exaction issue.  In their view, money is not property for purposes of Nollan; thus, monetary exactions–unlike land exactions—are not subject to scrutiny under that decision.  The dissenters worried that giving heightened scrutiny to monetary exactions is likely to result in a substantial amount of additional litigation that could undermine local efforts to regulate land use.

The Koontz ruling is sure to impact land use policy, but its not entirely clear how. At face value, it appears to be a victory for landowners and developers, who may now be relieved of some excessive development impact fees and unreasonable permit denials. However, some worry that this could also lead to some negative impacts for developers and local governments alike. In a New York Times editorial, Vermont law professor John Echeverria argued that

“..the decision will very likely encourage local government officials to avoid any discussion with developers related to permit conditions that, in the end, might have let both sides find common ground on building projects that are good for the community and environmentally sound. Rather than risk a lawsuit through an attempt at compromise, many municipalities will simply reject development applications outright — or, worse, accept development plans they shouldn’t.”

On the land use law and zoning blog Law of the Land, law professor John Nolon predicts a similar effect on the land use decision-making process over the short term:

“Post-Koontz the land use decision-making process, which has been characterized by give-and-take negotiations among applicants, affected stakeholders, and land use boards, is also subjected to doubt. Under the majority’s decision and using its terminology, suggestions that the applicant modify the proposed project to mitigate environmental conditions or enhance its sustainability are potentially unconstitutional conditions that will be subjected to higher scrutiny and that can result in monetary damage awards against state and local agencies.  This consequence of Koontz will impose a near-term chill on the land use decision making process to the detriment of communities and developers.  Lawyers for land use boards will be extraordinarily cautious about authorizing discussions about project modifications that will be more beneficial to the community. The twin prospects here are that more projects may be simply turned down or inferior projects approved.”

However, an amicus curiae brief filed by a group of national real estate associations (including NAHB, NAIOP, BOMA, NAR, and others) argues that “the sky will not fall if the government cannot coerce citizens to pay for public improvements for which they did not create the need.” In arguing for a decision which closely matched the Court’s ultimate ruling, the brief concluded with this quote from Harvard Law Professor Frank Michelman: