Downtown East Set to be Transformed with New Stadium, Ryan Cos. Proposal

Downtown East in Minneapolis could be a very different place in a few years. On Monday, the design for the new Minnesota Vikings stadium was unveiled. Designed by HKS Sports & Entertainment Group, the stadium features a partial transparent roof (supposedly the largest in the world) and large revolving glass doors facing the Minneapolis skyline. At nearly 300 feet, it will be about 100 feet taller than the Metrodome. The stadium will seat 65,000 and is set to open in time for the 2016 NFL season.

Around the same time the stadium opens, a development proposal for several blocks west of the stadium could be completed. On Tuesday, Ryan Cos. unveiled a development plan for 5 blocks of property currently owned by the Star Tribune. The proposal includes two 20-story office towers, 400 units of housing, 40,000 sf of retail,  and a new 9 acres park connecting with the Vikings Stadium plaza area. Part of the proposal is $65 in bond money from City of Minneapolis to pay for a new parking ramp to be shared by the stadium and office buildings. 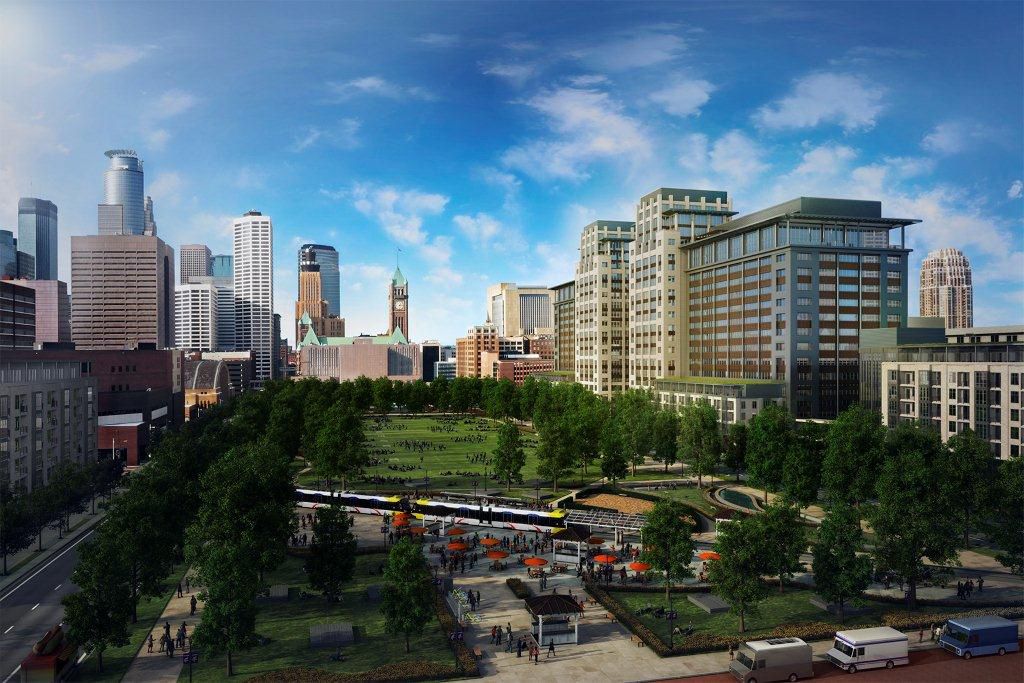 The Ryan proposal is anchored by the two office towers, which will have a combined 1.16 million square feet of space to accommodate about 6,000 employees. Wells Fargo is rumored to be the potential primary tenant for the offices, but they have yet to sign on to the deal. The San Francisco-based bank employes 20,000 people in Minnesota and currently occupies 2 million sf of space in downtown Minneapolis in several buildings, including its main base at the 56-story Wells Fargo Center (currently 98% occupied).  In a move to improve efficiency, Wells Fargo has actually cut about 18 million square feet from its corporate real estate footprint in the last few years despite adding employees. Any potential occupancy of these new towers would likely involve consolidating employees currently based elsewhere in downtown and at 16 locations throughout the Twin Cities metro. 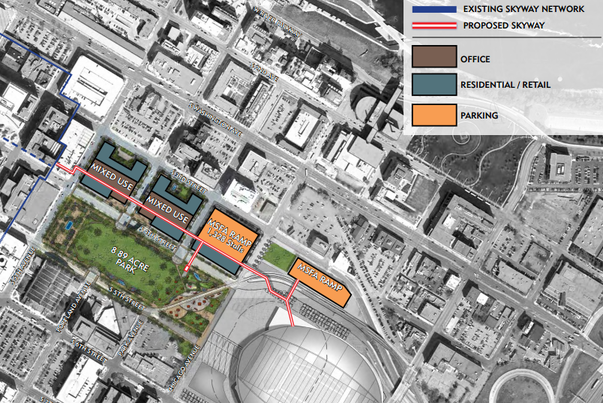