The historically low inventories of homes for sale is creating new opportunities for home builders. The number of housing starts has continued to increase when compared to the last several years. While the number of housing starts is still considerably below the levels seen in the early to mid 2000’s, the increase in activity is creating an acute shortage of build-able lots in good locations. This shortage is putting an upward pressure on the price of quality lots. Prices in some areas are nearing pre-crash levels. The article below by Brad Hunter illustrates what is happening in other markets around the country. Home builders in the Twin Cities are saying they are seeing the same trend in our market as well. 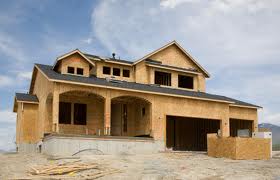 As the lot feeding frenzy builds, more and more builders are scratching their heads at the prices they are being asked to pay for homesites.  Builders have a strong motivation to increase their community counts, but they are having to pay near-peak prices for lots in order to do so.  Decisions made by builders in the next six to twelve months will be absolutely critical to their ongoing financial health.

Last fall, we conducted a special nationwide study of all the public homebuilders’ lot positions, and we found that most of the public homebuilders had seen an erosion of their Vacant Developed Lot count (VDL).  In that special study, we looked at the VDL’s that were associated with the builders, whether owned or optioned, for all of their communities within our footprint.  We found that most builders saw a reduction in their lot inventory, but many of them started going longer on lots at that time.

We discovered the following changes in lot count, year over year:

Standard Pacific, known as a land-LONG builder, was only down 4.3%.

As a group, the publics were down in lot supply by 15.9% year over year.

Since this time, many builders who found a need to be LONGer on land have made significant progress in shoring up their lot positions.

The problem that has arisen is that they have had to buy at much higher prices than prevailed 12 months earlier.  In many markets, lot prices have jumped by 50% in a year.

The rebound in Phoenix home price and in lot prices is well known.  What is less well known is that NON-bubble markets like Houston and Dallas have also seen this kind of rebound.  In Texas, Fort Bend, Harris and Collin Counties have experienced a noticeable drop in available  supply of good lots relative to demand.  Here is a great case study:  In The Woodlands, in Houston, there has been a DOUBLING of lot prices in the past 12 months.  Lots in that community now run as high as $2,700 per front foot.

Even Atlanta, yes, badly over-developed and much-maligned ATLANTA, has seen a 30% increase in lot prices in the most desired neighborhoods.  That reflects the fact that the only lot transactions that are happening are in the “A” locations like South Forsyth.  We forecast that in another 18 months, there will be lot SHORTAGES in that submarket.  Many builders are jumping into Atlanta now, precisely because there are still some affordable lots there.

Lot prices in Naples/Ft. Myers have gone up 50%, and raw land values have doubled (and in some submarkets TRIPLED).  Of course, these percentage changes are based on low starting numbers, but the point remains that it costs a lot more to stay in the business in 2013 than it did in 2012.

The challenge for builders is to decide whether it is better to pay to play in the “A” location, or pay a much more modest sum for lots in the B and C areas, all the while accepting the fact that prices and absorption will be lower.  My bet is that the public homebuilders (needing scale, and community count) will light up the “C” submarkets within the next 12 to 18 months.  We just encourage them to use due care and due diligence (and realistic proforma assumptions).  There will still be short-sale competition in those areas.  Our advice is to study the submarkets at a very granular level in order to make proper decisions in this environment.  There is a unique opportunity for growth and success in this upswing, but there is also a risk of overpaying.  The game is going to be won or lost based on land acquisition strategies today.