In the Seward neighborhood of Minneapolis, Redesign, Inc. is close to finishing construction on the first building in a multi-phase transit-oriented development called Seward Commons. The project is happening on light industrial property to the southeast of the Franklin Avenue light rail station on the Hiawatha Line. Phase I of the project is a $10 million, 4-story, 60-unit supportive housing project developed in partnership with Project for Pride in Living. Seward Commons will ultimately encompass 4 acres and include a mix of 300 multifamily units and approximately 20,000 SF of commercial space developed in six phases. 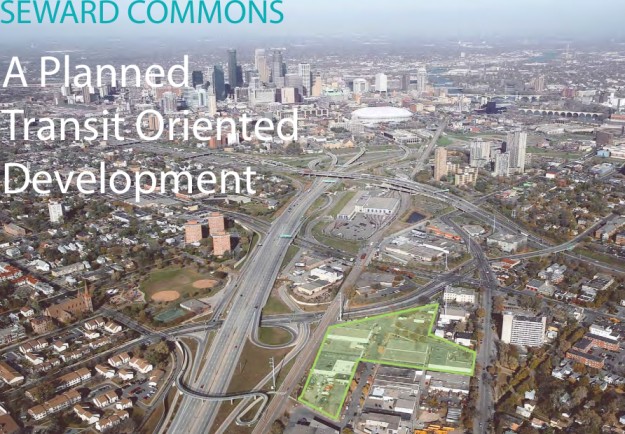 An aerial view of the Seward Commons site (Source: Redesign)

Redesign worked closely with the local neighborhood group and business association to develop a shared vision for the site, which includes transit-oriented design principles and a focus on sustainable stormwater management methods. As a non-profit, Redesign has a mission-based approach to development. While they do use traditional market fundamentals to analyze the feasibility of a project, their real estate decisions are based on their mission to build healthy neighborhoods and engage community members.

Redesign was drawn to the Seward Commons site in part because of the opportunity to better connect residential areas of the Seward neighborhood to the nearby Hiawatha Light Rail station. In order to accomplish that, they worked closely with the City of Minneapolis to improve the transportation infrastructure in and around the site, including adding a street connection to Cedar Avenue and bicycle access from 24th Street to the Hiawatha trail which runs parallel to the Hiawatha Light Rail line adjacent to the site. These improvements where consistent with transit-oriented principles of improving street grid connectivity and walkability. They also added value to the Seward Commons site by making it more accessible, which may improve the feasibility of retail development in future phases. 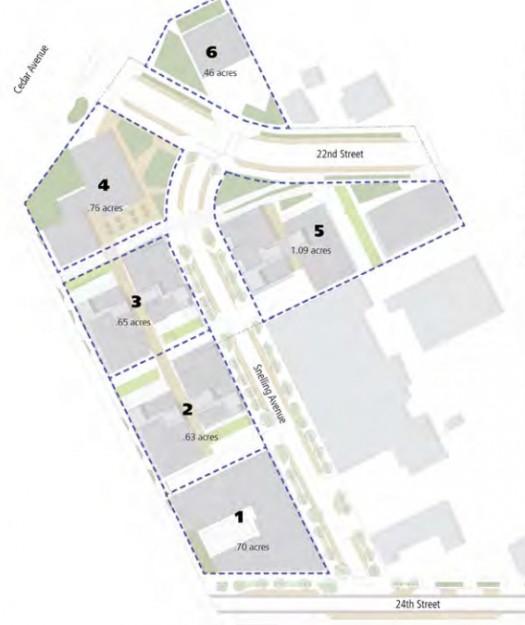 The project has not been without its challenges. According to Eddie Landenberger, Senior Project Manager at Redesign, the biggest hurdle thus far was securing the acquisition finance package, which included a mix of private loans and public funding from Hennepin County and the City of Minneapolis. Eddie also noted the complications associated with managing short-term industrial tenants in the properties on the site which are planned for redevelopment in future phases. Those short-term tenants provide cash flow which is vital to defray operating costs during the long-term redevelopment process, but lease agreements must be carefully structured to allow flexibility when the time comes for the next phase of redevelopment.

Redesign is now working on closing on Phase II of the project, which will be a HUD 202 senior housing project co-developed by Common Bond. Phase III is currently in the planning stage and will likely involve market-rate apartments. The final phases will be developed according to market conditions at the time, but will likely involve some amount of retail space.

St. Thomas Real Estate Analysis: Twin Cities Remains One of the Most Affordable Housing Markets in the Nation