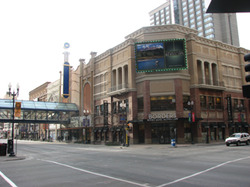 This article came to my attention recently.  It was written by Marlys Harris and it appeared on December 18th, 2012 in MINNPOST.  I think it is an interesting look at what happened and what might have been.

This coverage is made possible by grants from the Central Corridor Funders Collaborative and The McKnight Foundation. By Marlys Harris | 12/18/12

Since I began writing this column last spring, I envisioned two year-end pieces. One would itemize the worst things that planners, bureaucrats, politicians, developers and We the People have done to our Twin Cityscape; the second would list the best. My thought was that both might provide some lessons about what improves the urban environment and what doesn’t — though, such is life that sometimes even the best ideas turn into misbegotten messes — and vice-versa.

Over the last year, I’ve been asking practically every person I interview for his or her suggestions. And, I have added a few I’ve collected since moving back here two years ago. Herewith, the baddies, in no particular order:

No. 1: The destruction of the Gateway District.

Located near the Mississippi, this area stretches south to the library and from Hennepin to Third Avenue S. Once upon a time, it was a park with an elaborate pavilion that welcomed those arriving at the nearby train station. During the Depression, however, it became Minneapolis’ version of the Bowery, complete with flophouses, taprooms and sleazy hotels.

By the 1950s, the city decided it had to do something. The buildings were dilapidated and supposedly impossible to renovate. So Minneapolis won a grant from the Feds and over the next six or seven years razed 200 buildings and leveled 22 blocks, leaving a third of downtown vacant. Among the casualties: the Metropolitan Building, a then 80-year-old landmark whose central atrium was adorned with incredible iron grillwork. Buildings have gone up in the area, but it has never become vital. Much of the acreage is still devoted to surface parking lots.

The takeaway: I see two lessons here. First, you don’t knock down buildings until you have something compelling to put in their place. Second, large-scale projects are blunt instruments that destroy the good along with the bad. Among the flophouses and taprooms probably existed salvageable small buildings and rooming houses that these days, with an infusion of dough, could be turned into a walkable neighborhood of interesting stores that would give us some relief from chains. When it comes to urban renewal, it’s probably always better to go small and see what happens.

No. 2: The slicing of downtown St. Paul in two.

The U.S. interstate highway system is considered one of the marvels of the modern age. On its broad lanes drivers can speed without interruption from city to city, almost as though they were in a tunnel. But those same concrete byways can and have blighted cities. Take St. Paul, which has a beautifully compact and navigable downtown. How much better would it be if I94 did not cut off the Capitol and its campus from the rest of the city?

“Separating downtown from the Capitol was obviously a terrible decision,” said Mayor Chris Coleman at a meeting of the Urban Land Institute a couple of months ago. Those lousy decisions, he added, can be with us for 100 years.

The takeaway: Freeways should transport people to cities, not churn through their guts. Highway engineers: Figure out a way to go around downtown, not through.

No. 3: Removal of trees from Penn Avenue N.

When did this occur? About a century ago, when I was in fourth or fifth grade and attended John Hay school at the intersection of Penn and Oak Park. At the time, modest houses and apartment buildings lined Penn, and on the grass strips separating the sidewalk from the street grew huge oak trees that provided a leafy canopy for most of the year.

One day, arriving at school, I discovered huge trucks on Penn cutting down the trees and plucking their roots from the ground. Over the following two weeks or so, bulldozers came and widened the street, eliminating the grass verges and placing the sidewalks right next to the roadway. In perhaps less than a month, the city transformed Penn from a pleasant street to a bleak car corridor. Property values dropped, and I don’t think the street has ever recovered.

The takeaway: Uprooting healthy trees from a city street is a sin. Trees are organic furniture; they cover up and soften even the ugliest spots. Seriously, if you can show me one street that looks better without trees, I’ll eat my winter hat.

No. 4: The disappearance of the streetcar system.

According to the Minnesota Streetcar Museum, at its peak in the 1920s, Twin Cities Rapid Transit operated 524 miles of electric trolley lines, which laced through the two cities and reached deep into the suburbs as far as Anoka and Lake Minnetonka. Even after World War II, with the suburbs growing and car sales booming, some 36 percent of area residents got around by mostly in streetcars. That compares to only about 5 percent now.

In 1949, a group of disgruntled investors staged a hostile takeover of the company, cut back on service and maintenance and switched over to buses. Ridership declined, and eventually the entire system was scrapped.

In recent years, transportation planners have given streetcars another look. They’re cheaper to run than buses and pollute less. And they’re easier for drivers to share the road with, since they stay a track instead of wandering all over the road.

The takeaway: As Joni Mitchell said, or rather, sang: “Don’t it always seem to go/That you don’t know what you’ve got till it’s gone.” Some attribute the downfall of streetcars to General Motors, which supposedly did everything it could to replace trolleys with buses (selling them at huge discounts and taking over city systems and putting them out of business). Given the trends in the ‘50s, perhaps there was no way to save the streetcars, but the Twin Cities are now spending billions on light rail to replace what was lost. Also in the works: streetcar lines in Minneapolis for Hennepin, Nicollet and Chicago Avenues.

When the first skyway opened in 1962 connecting the Northstar Building with Northwestern National Bank, it became instantly popular. Before long, practically every new building in the Twin Cities had to have a skyway connecting it to a parking ramp and to every other building. The downtown network in Minneapolis, at eight miles, is now the longest in the world.

The passageways made sense. Instead of freezing your tail out in the street, you could stride above the traffic bathed in central heating. Problem is that now, there are many fewer people out on the streets. Drive down Hennepin or Marquette during the day or on 7th and 8th Streets. They look empty. And according to one academic study, businesses rightly hesitate to locate on ground floors. After all, fewer walkers mean fewer customers.

The takeaway: Too much of a good thing becomes a non-good thing, I guess. But the more important point perhaps is that anything that diminishes street life leaches a city’s of its vitality. People want to experience cities at street level, and if streets aren’t interesting, people won’t visit them. The retrofit — somehow creating access from skyway to sidewalk either with stairs or elevators — won’t be cheap and maybe not even possible.

To read the rest of the article follow this link: http://www.minnpost.com/cityscape/2012/12/9-worst-urban-planning-moves-twin-cities-history 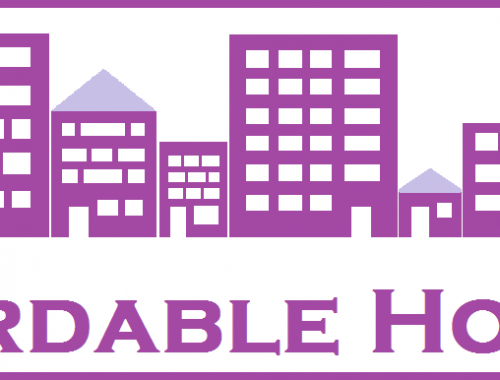 Stories of the Week