Home Prices Increased, but We’ve Been Down This Road Before 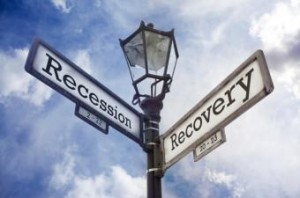 As we have reported in our last two Minneapolis / St. Paul Residential Real Estate Index reports the median price for traditional home sales in the Twin Cities appears to be bottoming out.  If that is the case we need to ask the question; Is this “bottom” for real?  The reason is that we have been here before.  In 2009 and early 2010 while the Federal Tax Credit for residential purchases was in place the median sale price started to increase.  It was hoped that the tax credit would jump start the market and that that increases would continue after the program ended.  When the program ended median prices fell right back down to previous levels.  In early 2011 median sale prices started to increase again, only to retreat again during the uncertainty around the debt ceiling controversy, the Federal debt rating downgrade, and the continuing financial crises in Europe last summer.   While two months of positive movement in median prices does not make a trend, let’s hope that barring any unforeseen shocks to the economy that this is the real beginning of a return to a healthier housing market.

Below is an interesting article by Esther Cho from DSnews.com that looks at this phenomenon from a national perspective.

For the first time since March 2010, data from Lender Processing Services (LPS) showed an increase in home prices, but still, the analytics company warned to embrace the positive news with some caution. Nationally, February 2012 seasonally-adjusted prices rose 0.2 percent, according to the LPS Home Price Index, which incorporated residential sales concluded during February. Not only is the increase a first in almost two years, but it’s also the third increase in five years.

“Reasons for caution are clear, as we’ve been here before. Non-seasonally adjusted prices increased for a few months in early 2009, 2010 and 2011 – trends that all ended by summer, after which all the gains – and then some – were lost,” said Raj Dosaj, VP of LPS Applied Analytics.

Dosaj also added that as seen this month, the previous temporary increases were on low sales volumes – about 30 percent lower than at any point since 1998 and inventory of distressed homes is still high, which will continue to drag on prices.

For March, LPS is predicting a 0.3 percent increase in home prices.

“There have been signs of price declines slowing for a few months now, and our estimates for next month are flat to slightly positive. Without a pickup in sales volumes from their current anemic levels, it’s hard to be more optimistic that the market may be nearing the end of its fall,” said Dosaj.

Also interesting to note is the shrinking gap between foreclosure and short sale discounts.

LPS’ HPI showed the U.S. national home price in February to be $195K, which is what the June 2003 average was.

On a more microscopic level, price changes in metropolitan statistical areas (MSAs) were mixed in February. Of the more than 585 MSAs the LPS HPI covers, prices increased for all 199 MSAs in 20 states.

While average prices did not increase for all MSAs in more than half the states, prices still increased in most MSAs overall, with 334 of them seeing gains.

When looking at the 26 MSAs tracked by both LPS and the BLS, Los Angeles, San Diego, and San Francisco saw price declines in February.

On the other hand, Honolulu, Portland, Seattle, and Tampa all experienced gains of more than 1 percent over the month, while Pittsburgh, with clear seasonal variations, has been seeing consistent increases in prices since January 2005.