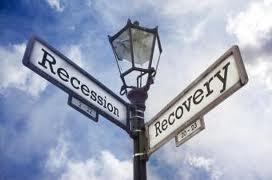 Dr. Tom Stinson, Minnesota State Economist, recently spoke at the University of St. Thomas Shenehon Center for Real Estate on the 2012 Real Estate Outlook.   He communicated 2012 will look much like 2011, and likely to improve in 2013 and 2014.  Looking at the big picture and as noted by many economists, this recovery is a long slow recovery, slower than the past recoveries.

Regarding the real estate recovery, Dr. Stinson asserted that “household formation is key” as the demand for residential housing ultimately drives demand for commercial development. Lackluster economic growth has encouraged people to move in with friends and family.  When the economy improves enough to encourage these individuals to move out and help clear the oversupply of properties, real estate prices will recover, however they will recover to a new normal.  Favorable to this household formation growth, is an approved consumer sentiment and a declining unemployment rate.  Minnesota’s current unemployment rate is at 6.5% (2% below the national average).  Additionally, there is more confidence (30% more) the U.S. won’t go back into a recession.

Enticing to investors, there will be a favorable interest rate environment through 2013. Dr. Stinson expects slow growth, an increase in real gdp growth, inflation to not be a problem, consumer price index (CPI) to hover around approximately 1.5%, 10 year treasury < 3% until 2020, and oil prices to remain relatively flat in 2012 and 2013 at approximately $110 barrel.  According to Chairman Ben Bernanke, there will be no fed rate increase until 2014.  It is expected the 30 year mortgage rate will slowly creep up in 2013-2014. 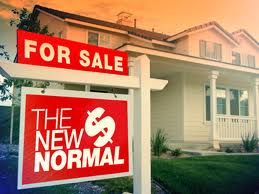 Another very important component Dr. Stinson noted regarding the recovery of the U.S. economy is the European recession which ultimately increases the risk of a U.S. recession.  As there is a continued devaluation of the euro compared to the dollar, U.S. goods are more expensive in other areas of the world.  Consequently, the U.S. can expect a decline in export demand worldwide as European goods are more affordable.  Accordingly, European sovereign credit will be a big issue to watch in the U.S. recovery.

Dr. Stinson noted investors and businesses must also understand the demographic new normal.  From 2010 to 2020, Minnesota will see large increases in age 60+ population and a smaller number of people coming into the workforce to replace them.  As a significant portion of our population ages, there is not much in the way of labor force growth to replace these individuals.  Labor and talent will be scarce resources and there will be a single minded focus on productivity.  This change in demographics is a Globlal phenomenon.  Even China’s workforce has slowed down and will begin to decline later in the decade.

Going forward into the decade, those who recognize the new normal and move toward it will be most the successful in their endeavors.  According to Dr. Stinson, the new demographics in Minnesota will include a more diverse population, less workers and less talent.  He believes jobs will not be permanent which will have important implications for commercial real estate.  Energy costs will increase, and there will be a steeper land rent gradient. Dr. Stinson continues there will be much more uncertainty going forward, creative destruction, a shift in balance between private and public sectors, and a worry to pay for past promises.   But with these challenges, he encourages, arise a new set of opportunities.

How Will Supreme Court Decision in Koontz Impact Land Use Policy?