From Retail to Multifamily: A Success Story for Doran Companies 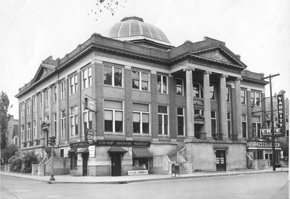 The Dinkydome was renovated by Doran Companies and converted into loft-style apartments.

Kelly Doran knows retail.  He knows it so well, in fact, that he recognized when retail would begin to decline, and he had the vision to exit retail development and shift his focus to multifamily before it was a hot commodity.  The question that resounded with Doran, was how to apply decades of retail experience to a new product, multifamily?  “What are shoppers looking for?” asks Doran.  “Convenience, security, and a pleasant atmosphere.”  These factors can make or break even the best retail centers.  Coincidentally, these happen to be the same attributes that urban renters are looking for in their new homes.

Applying this philosophy to his student housing projects near the University of Minnesota in Dinkytown, Minneapolis, Doran has brought online hundreds of new high-end market rate units in the last several years.  When Doran first recognized the need for student housing, he pursued the Dinkydome site.  Not listed on any historic registry, Doran figured the project would be a relatively straight-forward venture.  However, like many development projects in recent years, there were entitlement challenges, lawsuits, and at one point, financing was completely unavailable.

In late 2008, soon after purchasing all 3 parcels for the project which included both the Dinkydome site and the future site of Sydney Hall Apartments, Doran’s 9 million dollar loan disappeared, and he had already invested 3 million.  “We sat around and drank for a couple of months,” jokes Doran, “Then we had to find a solution.” The size of the Sydney Hall building was scaled back from a high rise to a 6-story midrise building to cut costs.  The Dinkydome, which before the recession had potential interest from the University as office space, was converted into 2-story loft-style homes.

One of the challenges with retail space on the street level of Sydney was designing the site for any number of end users.  Doran had in mind a restaurant, so the building was constructed with ventilation shafts throughout to accommodate that possibility.  CVS now leases the space and claims to have the highest sales of any CVS location in the state, even though nearly all of its clientele walk or ride in, a testament to the budding new urban lifestyle.

Loft-style home in the Dinkydome

The apartment homes were 100% leased upon opening in August 2010, with rents at $2 per square foot, justified by top-notch finishes, high-end common spaces and amenities, a 54-camera security system, and students’ location of choice at the gateway to campus.  Doran has since followed suit on the 412 Lofts project in Dinkytown, which just opened this past August, and he recently broke ground on a new 190-unit project at the corner of University and 11th.  Additionally, he has plans to build 375 market rate units next to the Pillsbury A mill site on the riverfront and is partnering with Dominium on its affordable artist lofts project at the A mill site.

As for the future of the Twin Cities multifamily market, Doran believes that while the area may become temporarily overbuilt, certain submarkets will always do well – Downtown Minneapolis, along the riverfront, and Dinkytown, for example.  “If there’s no need, there’s no gain,” explains Doran, so the first step in any new project is always to ask the question “Where’s the need?”

From a 3-person development and construction company to a full service commercial real estate firm today: Hear from Dennis Doyle, co-founder and chairman of Welsh at UST on May 3.