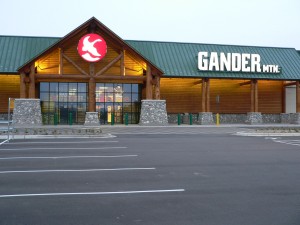 Starting a development company was not an easy task for Joe Ryan, but you would never guess that after hearing about Oppidan Company’s 200 successful projects in 24 states.  At the time, Ryan was a Vice President at Richard Ellis and decided it was time to make a move.  He resigned from his job even though he didn’t yet know what that move would be.  And to top it off he was supporting his wife, two young children, and another child on the way.

His investment acumen motivated him to start his own development firm, Oppidan Investment Company.  “Oppidan,” Ryan notes, “loosely translates to ‘Builder of Towns, Creator of Value’.”  Built value he has, starting with a single bank project in 1991, in which he came up $300,000 short to finance the deal and raised money at Hubert’s Bar by collecting $5,000 personal checks from patrons while the Super Bowl was playing.  One bank deal led to building more banks.  Next, Ryan moved onto retail and established Oppidan as the premier “merchant real estate development company.”

The business model is simple for retailers and builds value at every step of the process.  Oppidan provides expert site selection services, sources financing and oversees construction, and leases the property to the tenant “as soon as the lights go on.”

Oppidan’s business model allows it to manage the whole development process for the tenant but never collect a rent check; the tenant benefits by not having the real estate on its books until the store is ready for business and by minimizing its risk.

Clients across the country include Gander Mountain, Camping World, Walgreens, and Northern Tool and Equipment.  Specializing in big box and grocers, Oppidan has also developed stores for Cub Foods and Rainbow, including the first ever LEED Gold Certified grocery store in the country – the new Cub Foods in Saint Paul.  The energy-saving facility which boasts automated day-lighting systems resulted from a quick series of change orders after construction had already began, when Cub Foods indicated their desire to pursue LEED certification.  Ryan’s philosophy to never say it can’t be done paid off for this and many other challenging situations.

Currently, Ryan’s challenge is getting approval for a new Cub Foods store in Lino Lakes, an area that is currently under-served by retail.  He’s working with the city and neighborhood groups to navigate creative methods for making a big box store “look smaller” and addressing issues like lines of sight from neighboring residences, lighting, and signage.  His goal is for the store to serve and blend with the community, becoming a long term asset for everyone involved.  Oppidan is also on the move developing several Carl’s Jr. locations throughout Texas.  While the recession was nevertheless an obstacle, developers like Joe Ryan prove that with a lot of hard work and creativity, anything’s possible.

At First & First, A Focus on Creative Real Estate