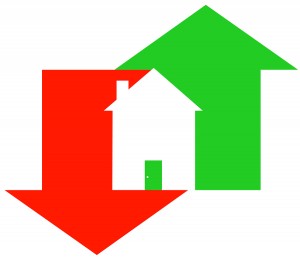 The sales data for the Twin Cities housing market for August offered little reason to celebrate. The All Sale Composite index of nine key market indicators was essentially flat in August, increasing from 799 to 800. For comparison, in August 2010 it was recorded at 841. The median sale price for all homes sold in August decreased for the second month running, declining from $160,000 to $156,000. This follows a nice run up in median price earlier this year from January to June. Compared to the median price in August 2010 of $175,000, the year to year decrease was 10.8%When we examine the different types of sales, several trends start to emerge. Our Traditional Sale index decreased from 920 to 917. The median price on traditional home sales also recorded it second consecutive decrease, from $197,000 in July to $196,000 in August. This decrease for two consecutive months in the summer market is concerning since prices normally reach their highest levels in the spring and summer.  The Foreclosure Sale Index decreased from 602 to 596, showing continued weakness in the market for foreclosed properties. The percentage of distressed sales has been holding in the high 30% range for the last three months, which is still historically high but is down from the 40- 50 %levels that were recorded in late 2010 and early 2011. Based on past market trends, we expect the percentage of distressed sales will remain stable in September and October, but will increase again in the winter months when the total volume of sales decreases. High levels of distressed sales are going to be with us for a long time, but the percentage of distressed sales should start to taper off in mid-2012 and 2013.

What is behind this continued decrease in median price?  What is the cause of a year to year decrease of 10.8%? There are several factors that contribute to a decrease in median price. One factor is that the percentage of lower-priced homes is much higher this August compared to August 2010.  The chart below illustrates that in August 2011, 44% of the homes sold were priced under $150,000 while in August 2010, only 36% of the sales fell into that category. At the upper end of the price range, the number of homes that sold for more than $308,000 decreased from 20% in 2010 to about 17% in 2011. The distribution of sale prices has changed a great deal in the last year, resulting in a lower overall median price for the market.

As can be seen in the chart below, lower-priced homes are being impacted by this downturn in the market much more than higher-priced homes. Since January 2005, the sale price of homes  of more than $308,000 when calculated on a per square foot basis have only declined about 11%, while homes that sold for less than $150,000 are down almost 50%.

Given that a higher percentage of homes are selling below $150,000 and that those homes are also the ones that are most impacted by the downturn in sale prices, it is no surprise that the market as a whole has experienced a significant decrease in median sale prices.  The decrease in the median home prices during what should be the prime selling season is concerning. Without a recovery of these decreases in September and October, it does not bode well for fall and winter, when prices and sales are normally softer.

The news in August was not all bad, however. There are a few indicators that hint at possible improvements in the future.  The number of closed sales compared to the same time period last year is substantially higher, and the months supply and days on the market have been trending downward for the last several months.  More sales and less supply in the market will create some upward pressure on prices.  Additionally, as we have reported before, people who are selling homes that are not under the threat of foreclosure have not been impacted as much as the some of the overall market indicators would indicate. The most important drivers that will lead us out of this downturn are job growth and consumer confidence. When job growth occurs, more people will be able to buy houses or make the move to a different house. Consumer confidence is also very important because, if people are worried about the economy or about their jobs, they are not going buying a home until they feel more secure

St. Thomas Residential Real Estate Analysis For October: Market Still Up Over Last Year, But Why Is The Inventory So Low?