Minneapolis has been identified by MultiFamily Executive Magazine as one of the stronger apartment markets in the nation.  Minneapolis along with nine other metro areas has been showing strong rent growth over the past year.  This will come as welcome news to apartment owners. 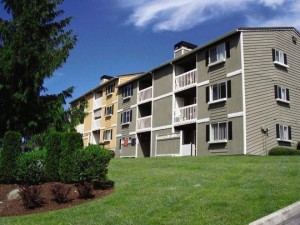 What a report card! Another quarter, another round of impressive rent fundamental numbers in the apartment sector, with rent growth continuing, particularly increasing its pace in secondary markets as occupancies return to pre-recession highs. The inclusion of May and June—the beginning of peak rental season—in Q2 numbers makes mid-year data all the more significant, and reports from Carrollton, Texas-based MPF Research and Dallas-based Axiometrics show cause for optimism with continued buoyancy in effective rent growth and apartment occupancy across the country.

“There are some really good numbers in the second quarter, and by and large, the numbers came in as expected although with a little bit of shuffling in performance by product niche and also by metro,” says MPF Research vice president Greg Willett. MPF pegs total Q2 revenue lift for the apartment sector at 2.5 percent, driven by an average effective rent increase of 1.7 percent and an 0.8 percent occupancy increase that puts the national average at 94.3 percent, a substantial jump from the low of 91.8 percent recorded in late 2009, but still well below the 95.6 percent occupancy achieved just prior to the recession in 2008. “There’sa little bit of room there in occupancies for some additional absorption,” Willett says. “But a big chunk of the revenue growth is going to come on the rent side, except for a handful of markets—particularly in the Pacific Northwest—which are not all the way back to completely full.”

Looking at May numbers (Q2 not inclusive of June), Axiometrics reports an increase in the national apartment occupancy rate from 93.3 percent in April to 93.96 percent in May. Year to date, the occupancy rate has increased 86 basis points (bps), below the 136 bps increase for the same period in 2010, with the slowdown likely due to an increase in effective rents, which Axiometics estimates will rise 5.9 percent in 2011, the largest annual increase since 2005. “Effective rent growth is clearly stronger than it was over the same period last year,” says Axiometrics president Ron Johnsey. “However, some markets are showing a significant slowdown, including Washington, D.C.; Durham, N.C.; Greenville, S.C.; Nashville, Tenn.; and Raleigh, N.C., while others including Austin, Dallas, Houston, Oakland, San Diego, San Francisco, Santa Anna, and Seattle are showing major improvements.

The End of GSE’s: How will mortgage markets be affected?