The Housing Market – Have we hit the bottom in Minneapolis / St Paul? 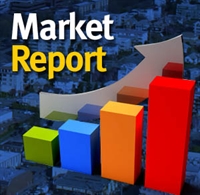 More importantly what are our prospects for recovery?

Recently the Wall Street Journal published an article entitled “How to Tell if Your Housing Market Has Hit Bottom”.  In this article the author examined the housing markets of cities and communities all over the nation.  He found that a number of areas have recovered from the current housing recession.  Examining these markets provides clues for those looking to decipher whether their own markets have seen the worst of the downturn.  These communities had a number of traits in common.  One of the most important reasons is that they never experienced the huge price runups that occurred in markets like Florida and California.  In most of these healthier markets, values are down less than 10% from their peak levels.  In addition, most of these communities are nice places to live, a place where anyone might want to work and raise a family.

The article identified the three big factors to look for to determine if a community is on the rebound.  We will examine these factors and see how the Twin Cities compares to communities that have done well during the downturn and are on the rebound.

The state of local employment is the number one factor in determining whether a community has passed through the worst of the housing crises.  A stable employment base and low unemployment have always had an effect on the real estate market but that connection is even greater today.  The national unemployment rate in May was 9.1%.  In Minnesota the rate was 6.6% and in the Twin Cities metro area it was 6.3%.  The Twin Cities unemployment rate is almost 3% below the national rate.  In addition to that, we have a diverse and relatively stable employment base.  These are both good signs that point to an improvement in the housing market.  There is one factor that might dampen a potential recovery.  The Twin Cities area has not been showing strong job growth.  According to the U S Census Bureau in the past year there has been      -.02% job growth.  This is below the national average and considerably less than the job growth in the recovering housing markets mentioned above.  The Twin Cities housing market needs a sustained period of healthy job growth in order to speed recovery.

Local rents are strong indicators of real estate values.  The communities that have best weathered the downturn have lower price to rent multiples.  This means house hunters will typically find it is cheaper to buy a home rather than renting.  The rule of thumb is if prices are more than 15 times annual rents, the market favors renters; if it is under 15 times it favors buyers.  Let’s look at the Twin Cities housing market as an example.  According to Apartment Ratings.com the average rent in May for a two bedroom apartment in the Twin Cities was $1008.  This means that the annual rent would be $12096.  The average sale price in the Twin Cities for a two bedroom house in May was listed on Trulia.com as $133,500.  If you divide $133,500 by $12096 the rent multiple for the Twin Cities market is 11.03.  This indicates, that generally, it is economically better to own due to the fact that housing is relatively affordable.  Compare that to a rent multiple of 20 for Los Angles or 39 for New York City.  At a multiple of 11 the Twin Cities is among the more affordable markets which is a healthy sign for home values.

Healthier communities have fewer foreclosures pulling down the value of other homes.  A foreclosed property tends to bring down the value of all of the houses around it.  A high number of these foreclosed properties will have a negative effect on an entire metropolitan area.  In 2010, RealtyTrac estimates that 2.23% of all homes received a foreclosure filing.  In Las Vegas, the foreclosure rate was 12% and home values are down more than 50% from their peak.  In contrast, Utica, New York had a foreclosure rate of .04% and home values are down only 4.2%.  In 2010, the Twin cities had a foreclosure rate of about 1.5%.  In 2011, the annualized foreclosure rate for the Twin Cities market is running at about 1.4% compared to a national average of about 1.9%.  Despite the fact that we have had a high percentage of sales of foreclosed properties over the past several months, our relatively low foreclosure percentage is a good indication of the prospects for continued improvement in the health of the Twin Cities housing market.

After examining the three factors that contribute to a healthy housing market, I believe that there is reason for optimism. The Twin Cities housing market has been through the worst and is poised for a modest rebound.  Assuming that job growth continues, our employment situation is favorable.  Housing is relatively affordable and it still makes economic sense to buy vs. rent.  Finally, our rate of foreclosure is on the low side of average.  We will continue to have foreclosed properties selling in the market for the foreseeable future; however, our low foreclosure rate indicates that they should taper off over time.

Should we in Minneapolis be in ‘A New York State of Mind’?