2010 Holiday Spending – What does this mean for retail real estate? 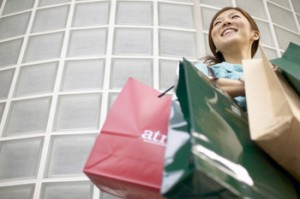 Those working in retail real estate know that consumer spending and retailer’s profits during the holiday season are important predictor of how their next year may look.  Where shoppers are spending, how much they are spending, and what they are buying is an important part of the equation when working with current tenants, courting new tenants and putting together the right mix of retailers to draw the attention of target consumers to the area.

Research conducted by Dr. Lorman Lundsten, Dr. Dave Brennan and Dr. John Sailors at St. Thomas’ Opus College of Business can help to provide some insight into the answers to these questions.  The University of St. Thomas Planned Holiday Spending Sentiment Survey (http://www.stthomas.edu/bulletin/2010/11/17/twin-cities-holiday-shoppers-are-on-the-rebound-research-shows/) was conducted in late October and is designed to measure how much Twin Cities shoppers think they will spend for holiday gifts, what they will spend it on, and where they will spend it.

First, the good news – amount shoppers are spending.  According to this sentiment survey, which measures the intentions of shoppers, 2010 is the first year since 2006 that shoppers plan to spend more than the previous year.  In total, they plan to spend 6.8 percent more in the Twin Cities than in 2009.  The levels are not back to the range that they were in 2006, but are moving towards those levels rather than away from them.  Survey respondents, in average, plan to spend $680 per household which is up from the $637 planned spending in 2009.  Given this response and the population of the Twin Cities, total holiday spending in the area is predicted to be $875 million which his up from $810 million last year.

What are shoppers buying?  Respondents were asked to rank the popularity of gift types.  This year, the gift categories, ranked from most popular to least popular are:

Where are they shopping?  Online shopping has remained consistent with 2009 with 21.8% of spending planned for online.  Non-mall stores decreased from 35% last year to 27% this year.  Catalog, TV, and phone purchases have consistently decreased and is now predicted to be 4.4% of spending.  Marking an increase from last year, malls and downtowns are where shoppers plan to spend more – increasing from 38.4% in 2009 to 46.5% this year.
Where will shoppers likely spend the most?  (most to least popular)

It is important for retail real estate professionals to note that Rosedale has ranked at or near the top for this “shopped at most” category over the years that this survey has been conducted.  According to Dr. Dave Brennan “Activity softened a bit at the Mall of America in the mid-2000’s but is really coming back.  The mall is updating its appearance, attracting popular new tenants, and for the first time since 1992 is 100% leased.”

Time will tell whether or not this shopper sentiment survey is truly how shoppers spent their time and money.

Retail real estate professionals, what do you think 2011 will bring?  What retail trends to you foresee in the Twin Cities or around the country?