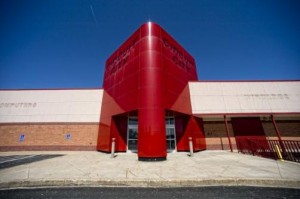 The shake out in the commercial retail market place is creating both problems and opportunities for commercial property owners.  This story, by Jennifer Bjorhus, recently ran in the Star Tribune.  The article explains the creative solutions that local real estate professionals are using to turn problems into new opportunities.

Some of those empty big-box stores scattering the area retail landscape are getting sliced and diced.

When Staples Inc. came calling and the vacant Office Depot space John Johannson had in Bloomington was just too big, he did what a landlord has to: He chopped the big box down to size. It’s the type of move the Twin Cities can expect to see more of as landlords struggle with a glut of empty big-box stores — cavernous reminders of the hammering retailers have taken during the recession. With the closures of Circuit City, Linens ‘N Things, Cost Plus World Market, Home Valu Interiors and Steve and Barry’s, there are now about 80 empty boxes, 10,000 square feet or larger, scattered across the metro area. And they won’t fill up fast, pros say. While some have been filled, it’s mostly a game of musical boxes, with retailers already in the market hopping spaces to upgrade and take advantage of deals, said Chris Simmons, a senior vice president at Minnetonka-based Welsh Cos.

No one’s calling it the death of the big box, but many of the supersized stores will likely sit empty for some time and some could take on completely new lives, as they are in other parts of the country where they’ve been turned into community pools and even churches.  At a time when most retailers are making their stores smaller, not larger, there’s just not that many seeking the huge spaces. Even giants Target and Wal-Mart are testing smaller floor plans as consumers scale back and the retailers move into more urban areas. According to a recent Associated Press survey, many economists suspect the Great Recession has bred a new frugality.

“Landlords are having to accommodate them,” said Johannson, also a Welsh senior vice president.  “It’s expensive but in reality for the landlords, it’s a necessity. You need to keep your property poignant and accessible.” Johannson and other principals at Welsh are partners with a group of pension funds that built Circuit City Plaza in 1993. The plaza, off Interstate 494 and France Avenue in Bloomington, never had a day of vacancy until 2008, he said. But lately they’ve been wrestling with three big holes: a former Circuit City, the old Cost Plus World Market, and most recently, the shuttered Office Depot, which was 35,000 square feet. Staples Inc., which announced last week that it’s moving into the Office Depot spot, is taking just 20,090 square feet. Johannson’s group is building new fronts for the spaces and will market the remainder.

Welsh did something similar recently at the Burnhaven shopping center in Burnsville after a Linens ‘N Things closed. It lopped off the back 20,000 square feet of the building to reduce the depth, and divided the front portion of the space into four parts. Ulta, the cosmetics retailer, took up one 10,000-square-foot section; a cell phone company is taking another.  Another de-boxer is Dave Carland, executive vice president of Stonehenge USA in Deephaven.  He sliced up a 21,214-square-foot Ethan Allen store he bought last fall and filled with six different tenants. He’s now trying to find tenants for a similar de-boxing project in the western part of the Twin Cities. He wouldn’t disclose details.

Ned Rukavina a senior vice president at Bloomington-based Northmarq, said he’s contemplating downsizing a 65,000-square-foot space in Plymouth into two parts. “It’s happening across the Twin Cities,” Rukavina said. He thinks interest in the vacancies is picking up. He said Bed, Bath and Beyond, Goodwill, Dollar Tree and the Savers thrift store are all sniffing around the Twin Cities. Trader Joe’s is “kind of romancing” a store in the Edina-Bloomington area, he said,
as is Whole Foods.

“A lot of people are just buckling their chin straps and making sure they just survive the remainder of this down cycle,” he said. No ‘bowling alley’

Some pros consider dividing big-box spaces a move of last resort. It’s far more expensive than just putting up a wall. Sorting out the heating, air conditioning and ventilation systems, along with the plumbing, are major challenges, said Michael Wiener, president of Excess Space Retail Services Inc., a company in Lake Success, N.Y., that helps retailers dispose of their extra real estate. Surgery can leave them with long narrow spaces.”You don’t want a bowling alley,” said Wiener.  Another option in play is just turning the retail box into something else altogether.

Robert Pinon, vice president of corporate retail solutions for Jones Lang LaSalle, a Chicago-based real estate services firm, said that in California he’s seen one turned into a community pool and another morphing into a technical college. He’s currently turning a QFC grocery store in Vancouver, Wash., into a church. “You can really do a lot with 40,000 square feet,” he said. Simmons, at CBRE, said he didn’t know of any local boxes morphing into churches and such — yet.
When it happens, it likely will be stand-alone stores and not attached to a mall or shopping center since many mall and shopping center owners restrict the type of use for their property to exclude adult bookstores, secondhand stores, churches and schools, he said. But CBRE is game. Expect to see some “adaptive re-use” with the spaces, said Peyton. “We fool around with this idea all the time,” he said.