2013 Winter Carnival Queen of the Snows is UST MBA Alumna

Melissa Hoffbeck ’10 M.B.A. was crowned the 2013 Aurora, Queen of the Snows of the St. Paul Winter Carnival last week. For Hoffbeck, 35, a senior financial analyst at Best Buy, the recognition was the realization of a longtime dream, says Molly Guthrey in the Pioneer Press.

Her dream began in 1996, while she was serving as a South St. Paul festival princess.

“We spent so much time with the St. Paul Winter Carnival royal family,” Hoffbeck said. “I remember thinking, ‘I want to do that someday.’ ” …

She also was steeped in St. Paul culture.

And attending the Winter Carnival, of course.

“The ice palace, the ice sculptures, it was all a big deal,” she said. “When I was growing up, you just got out there and did this.”

After finishing the lower grades at Lincoln Center Elementary in South St. Paul, Hoffbeck went on to attend South St. Paul Secondary, graduating in 1996. She is a 2000 graduate of the University of Minnesota with a bachelor’s degree in applied economics and a 2010 graduate of the University of St Thomas with a master’s of business administration in finance.

Her previous employers include Piper Jaffray, MoneyGram and General Mills, “where I supported Hamburger Helper.”

Now, she’s “supporting the Geek Squad” at Best Buy. She fits in.

“I am a little bit of a geek,” she admitted. “I love building Excel spreadsheets.”

Can a geek also be regal? Apparently, yes.

Read the entire article in the Pioneer Press.

I don’t know if you heard the news this week but a private equity firm in Connecticut, “said Monday that it has acquired St. Paul-based Pearson Candy Co., the 101-year-old manufacturer of Pearson’s Salted Nut Roll, Mint Patties, Bun bars and Nut Goodie bars.” 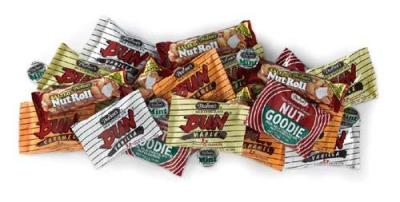 The new owner plans to keep the St. Paul plant operating in the spot it’s occupied for 102 years, and has hired a Dairy Queen executive to run the company. Pearson’s current owner and CEO Larry Hassler started looking for a buyer last year. On Tuesday, Hassler spoke with Minnesota Public Radio.

END_OF_DOCUMENT_TOKEN_TO_BE_REPLACED

As most Twin Cities residents know, construction for the long-discussed Central Corridor Light Rail project is now underway, with the line expected to be completed sometime in 2014.  While hopes are high that the billion-dollar project will bring great benefits to both Minneapolis and St. Paul, the construction phase is disrupting business as usual for many retailers along the route. 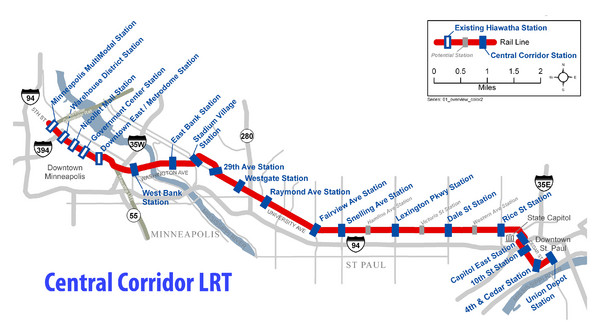 Dr. Dave Brennan, Professor of Marketing and Co-Director of the Institute for Retailing Excellence in the Opus College of Business, recently commented on the business impacts of the light rail line in an interview with the Pioneer Press.  He believes that the long-term benefits of the new transit corridor will be positive for local businesses, but that unfortunately some small businesses may not survive the disruption of business during the construction period.

In a related story, the Star Tribune reported that the light rail could physically damage the Capitol building in downtown St. Paul.  Apparently sections of the marble on the building, installed over a century ago, could loosen and fall due to vibrations from the light rail trains passing nearby.  The legislature has not yet decided whether or not to allocate funds to strengthen the structural integrity of the Capitol, or to defer repairs until after the Central Corridor light rail opens.