A healthy group of more than 50 people attended the Master’s Connection event this morning from a wide range of industries and focuses. The presenter, Nick Tasler, an internationally acclaimed author and thought leader.  Tasler’s approach to decision making has helped leaders across the globe think more strategically and act more decisively. His books have been translated into multiple foreign languages and are currently sold in more than 30 countries. Nick did a fabulous job of engaging those in attendance with a key focus on the ‘Know – Think – Do’ concept. END_OF_DOCUMENT_TOKEN_TO_BE_REPLACED

There’s a reason we pick what we pick.

The Star Tribune had a great article earlier this month digging in to why we, as consumers, make the choices we do—particularly as it comes to local businesses. “Our decisions about everything from beer to briefs say something about us.”

Reporters Kristin Tillotson and Bill Ward asked several local advertising experts what our choices reveal about our personalities, motivations and quirks. “We also asked them to leave the black-box marketing theories and quantified data on the shelf, to just shoot from the hip. They gave us an earful, we skimmed the cream, and now we pass it on to you, the consumer.”

When young James Heyman was in grade school, one of his peers asked the teacher if he could chew gum in class. The teacher said it was permitted as long as she didn’t notice. The precocious Heyman asked how that was any different from not being allowed to chew gum and was promptly sent to the principal’s office.

Some years later, and with a few more years of school under his belt, Dr. Heyman now researches how people make judgments and decisions. He studies how they collect information, interpret it, and why they apply data that has no diagnostic information, throwing away perfectly good information in favor of non-diagnostic data. It seems he was destined from a young age to study human behavior regarding information and decision-making.

Dr. Heyman received a bachelor’s degree from Macalester in Economics & Mathematics, a master’s from the Naval Postgraduate School in Applied Mathematics with a specialty in Space Systems Engineering, and a PhD from U.C. Berkeley in Business Administration in Marketing. If this academic course confuses you, you’re not alone. Dr. Heyman explained the unorthodox path to a PhD in business in this way:

While working on my second degree I received a very bad head injury in a ski accident: concussion, antero and retro grade amnesia, diminished cognitive capacity. I asked the cognitive psychologist who was treating me whether I was going to remember or relearn. He said that was the $64 question and from then on I’ve been interested in how people think about things, solve problems, and make decisions.

Dr. Heyman’s most renowned article, “Effort for payment: A Tale of Two Markets,” explained incentives and how they impact human behavior. He elaborated, “It’s better to pay nothing rather than a small amount of money. However, if you’re paying in something other than money then it doesn’t matter how much you pay, you will get the same high level of effort from the person.”
This article has been cited over 100 times, was included in a book of advances in behavioral economics, was mentioned in Business Week, and even made it into a management self-help book.

Recently, Dr. Heyman overheard one of his students describe him thus. “He’s an incredibly hard teacher but a comparatively easy grader. For half the semester you’ll think he’s a nut job but by the end of the semester you’ll realize that you’ve learned more than in any other class.”

He relished the description.

The Opus College of Business is Dr. Heyman’s first position post-doctorate, and he is clearly making an impact. Welcome Dr. Heyman!

This post, cross-posted from Frame+ology, is written by Evening UST MBA student Larissa Rodriguez, a full-time marketing and communications executive. 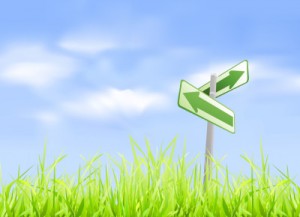 When I started my MBA program back in the fall of 2008, my first class was statistics (panic! dread! fear!). If you know me, you know how traumatic math can sometimes be in my world. But then an amazing thing happened. Sure, there were formulas, graphs and oodles of computations, but nearly half of the class consisted of a rigorous discussion about effective decision-making, ethics, values and results. The undergrad English literature major in me greatly appreciated that multidisciplinary approach to learning.

My professor, Thomas Ressler, Ph.D., spent a significant amount of each class reminding us that decision-making was a complex process which requires far more than pure analytical skills. He taught us how to be critical and multi-valent thinkers, he reminded us of our place in the world and our obligation to act in alignment with our values and virtues. He took us far beyond the mathematical concepts and into a deep and thorough analysis of what it takes to be a better decision-maker. END_OF_DOCUMENT_TOKEN_TO_BE_REPLACED