Improv: A Career Gold Mine 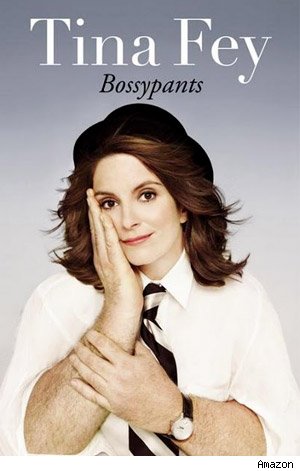 As a cast member of Saturday Night Life, her comedic history traverses decades of movies, parodies and skits.  The success to all of these humorous ventures centers around one acting principle, IMPROVISATION.  Several books such as What Color is Your Parachute, The Seven Habits of Highly Effective People and Who Moved My Cheese have long been the bibles to career advancement and professional development. In her book Bossypants, Fey accounts her comedic success to that of improvisation, and depicts the four rules to improv below.

To succeed in improvisation, one must master the ability to:

While these rules seem simple enough for a comedian, their value heightens in the professional world.

AGREE, first rule of improvisation, allows for agreement between you and your partner to engage in creation.

The same can be applied the workplace or a project of any sort.  If a coworker or partner suggests a crazy idea, it is better to hear it out before dismissing.  This leads to collaboration, trust and a more cohesive atmosphere. “Respect what your partner has created and at least start from an open minded place,” says Fey.

Secondly, “Start with a YES and see where that takes you.” In improvisation, the YES must be followed with AND.  “You are supposed to agree and then add something of your own.  If an actor says, “I can’t believe it’s so hot in here,” and his or her cast mate says, “Yeah…” There isn’t much to go from.  But if the cast mate says, “Yes, this can’t be good for the wax figures.” This not only provides context but also something to work with.  As is the case with suggestions, meetings and training, agree with what is provided, but offer input or improvements. In essence, speak up – be heard. “To me, YES, AND means don’t be afraid to contribute.  It’s your responsibility to contribute. Always make sure you’re adding something to the discussion. Your initiations are worthwhile,” guides Fey.

The next rule is MAKE A STATEMENT; don’t ask questions all the time.  Asking questions, rather than supplying information, puts pressure on all those involved.

Where is the company going?  What is the next step? How do I accomplish that?

By following the first two rules, commit to a solution, suggest ideas and continue to be part of the process until success is achieved.  Supply information when it is needed, step out of the comfort zone and participate.  “In other words: Whatever the problem, be part of the solution.  Don’t just sit around raising questions and pointing out obstacles,” says Fey.

Lastly, “THERE ARE NO MISTAKES, only opportunities.  In improv, there are no mistakes, only beautiful happy accidents.  And many of the world’s greatest discoveries have been by accident.” (Fey, 2011)  Post-its, fireworks, potato chips and silly puddy were all accidental successes. (Business Insider, 2010)  Welcoming opportunities rather than fearing blunders allows creative innovation to take root and grow.

While the workplace may not be as funny as a scene from Saturday Night Live, the four rules to improvisation offer professionals a guide to approaching any situation with open arms.  Agreeing, saying yes, making a statement, and allowing room for opportunities are all great tactics that can be applied either on a comedian’s stage, or in the boardroom.  Either place will yield great results.

“Remember, you cannot be both young and wise. Young people who pretend to be wise to the ways of the world are mostly just cynics. Cynicism masquerades as wisdom, but it is the farthest thing from it. Because cynics don’t learn anything. Because cynicism is a self-imposed blindness, a rejection of the world because we are afraid it will hurt us or disappoint us. Cynics always say no. But saying “yes” begins things. Saying “yes” is how things grow. Saying “yes” leads to knowledge. “Yes” is for young people. So for as long as you have the strength to, say “yes.”

What’s Your View of the Future?