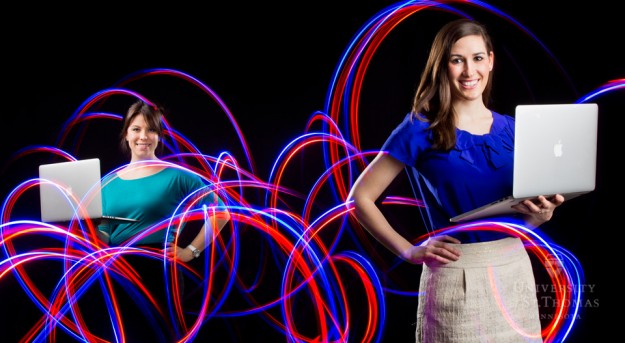 A year before they graduated from the University of St. Thomas, Emily Pritchard ’11 and Martha McCarthy ’11 were guaranteed millionaires – in the eyes of a fellow entrepreneur, at least. As the only undergraduates, and the only women, to make it to the finals of the Fowler Business Concept Challenge in 2009, Pritchard and McCarthy’s concept for SnapSystem Bikes won rave reviews from one of the judges, who was so impressed by the uniqueness of the idea and the professionalism of their presentation, he felt sure he could make them millionaires.

After additional research, however, the two women discovered that a key element in the future success of their new venture was missing – passion. “We just weren’t very  interested in making bikes,” Pritchard recalled. “It was a great idea, it met the market need our entrepreneurship professors had told us about and it had little or no competition, but we just couldn’t get excited about it.”

What did excite them? Find out in this Spring’s edition of B. Magazine »

Q&A: Investing for the Long Term