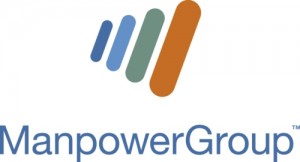 As of December of 2012, Minnesota’s unemployment rate was at 5.2 percent, more than 2 percent lower than the national average, and that of most countries.  Minnesota’s unemployment rate is nearly half of what it was in 2009.  This is a positive sign the economy is on the mend, but companies are still treading with caution.  Manpower conducted their annual employment outlook survey last month and concluded that employers are still hesitant to increase their hiring quota.  Employers are still seeking a sustainable growth trend in the economy before labor markets follow pursuit.

“In the Americas, employers in all 10 countries surveyed report positive hiring intentions for the coming quarter, with hiring plans strengthening in four but declining in five in a quarter-over-quarter comparison. When compared year-over-year, Net Employment Outlooks improve in four countries and decline in six. The strongest regional outlook is in Brazil, while the weakest are reported in Costa Rica and the U.S,” says Manpower.

While several of the upcoming class of 2013 UST MBA graduates will pursue careers in states other than Minnesota, none are currently planning  to pursue international opportunities.  Although the U.S. may not be leading the pack with an 11 percent employment outlook, Manpower reports, two of the most popular industries at UST will be on the hiring riseL business at 18%, and finance at 11%.

To review the full report click here, in summary:

Why I Stay Involved as an Alumna