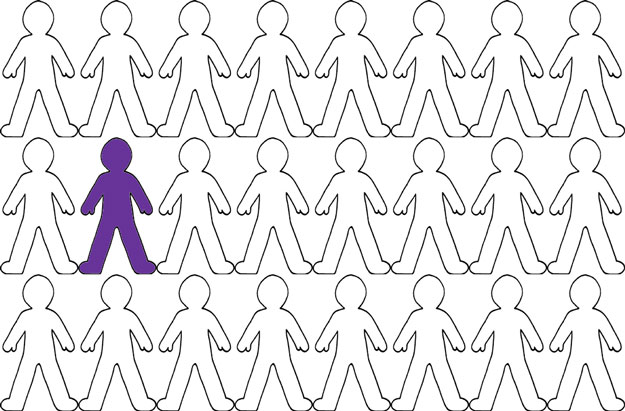 During the last month, people in my household were treated as property by service providers a couple of times, based on the assumption by corporations managing service businesses that all current customers “belong” to the business.

Case in point, the hair stylist my wife has followed from salon to salon since 1998, Sheila.  Just before my wife’s last scheduled appointment at a major department store salon, a receptionist called to confirm her appointment with another stylist.  Upon inquiry, the salon contact refused to explain how to find Sheila.  Upon finding Sheila through other means, we learned that the salon also refused to provide any list of the customers that had followed her to the salon, as “those customers belong to us.”  Really?  My wife would beg to differ.

The following week, I went to the dentist for a check-up.  The office had confirmed my cleaning a few days before.  The receptionist informed me that the doctor I would be seeing was NOT my long-time friend.  I was concerned that Chris was ill, but found out he was no longer with the clinic as of the prior week.  Personally, I’m not a fan of strangers looking in my mouth, but at least the hygienist was familiar.  In gathering information after the fact, I learned Chris had faced challenges wresting his personal contacts out of the corporation that had taken over his practice a few years ago.  They allowed him to “keep” a short list of friends and family.  Seriously?

Both Chris and Sheila also face toothy non-competes that suggest their new stations must be at least 10 miles away.  We will drive the 10 miles.  Because, like you perhaps, we have used these particular providers not just because of service quality, but because of trust and relationships built over time, and outside the confines of either of the firms who cut them checks most recently.

Right now, if this blog post were disseminated from a personal blog, it would be naming corporate names, but because it would be unseemly to leverage the university’s status to grind my personal axe, I will stick to the generalized concern.

Customers a corporation earns are not likely to jump ship when an individual customer service person moves on to different turf.  Further, if people are coming in specifically for a service provider, it is short-sighted brand management for the corporation to force those stars out because they earn a little more than the inexperienced replacements (as appears to have happened in these two cases).

Treating customers as a commodity – with or without their knowledge or consent – makes for poor customer relationships, and in service businesses, what else do you have, other than hair or spit on the floor.  (Okay – grease too.  My auto shop just tried the same game!)

Say Goodbye to the Balance Burden