Is Success in Management a Right- or Left-Brain Strength?

This post is by Evening UST MBA student Vitaly Demin, a strategy consultant at Eames Management Group and co-founder of the Russian technology blog Gridder.ru. 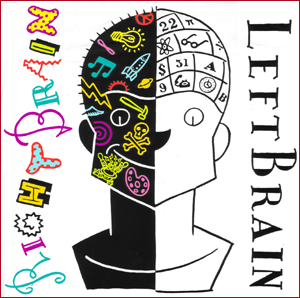 Every day we read many articles that analyze strategic business mistakes made by large corporations worldwide. Some of these articles make sense, some don’t but the bottom line is that most of these articles focus on certain details and not the big picture.

The reality is that there’s just one high level reason for most of the mistakes that were made in the last decade or so. All these failing companies are managed by left brain executives.

The only right brain CEO the world has recently seen was Steve Jobs and the only reason he could take Apple where it is today was his executive power to control every little detail of every single product. His right brain holistic picture allowed him to correctly visualize the future and point the company in the right direction.

Unfortunately for large organizations, today most are managed by left brain executives. This happens for two reasons: these corporations were either started by left brain types (i.e. Larry Page and Sergei Brin of Google) or the power has been transferred to them by a left brain founder (Steve Ballmer and Bill Gates of Microsoft). Because these companies were the first ones in their industries and were so successful, they have built so much brand equity and financial power that they were on the roll for a very long time. But they world has changed. The competition of right brain thinkers who are not afraid to think different and are able see the holistic picture of their industries are stealing away the business from large corporations as the latter struggle to figure out the right away to move the company into the future.

Most of the failures of large companies are connected with absolute ignorance of branding laws which is one of the main differences between left brain and right brain people. For example, companies like Microsoft, Google, HTC, Facebook, Sony, RIM and many others have taken their organizations sideways and heavily damaged their brands. Microsoft invests billions of dollars into businesses they should have never got into (Zune, Bing), they failed at the branding and the launch strategy of their new mobile operating system, and more. Google has no idea what their future looks like. They keep hemorrhaging money creating products that severely affect their focus and dilute their once invincible brand because they stick the word “Google” on almost everything they make. HTC has created so many models of their phones that no person in their own company would ever be able to name all of them leave along telling the differences. Facebook is trying to be everything to everybody but it will never happen. The result is a stretched brand and confusion of the users. Sony and RIM have absolutely missed the boat by being arrogant and not looking into the future at all.

The bigger question here is – what do owners of all these left brain companies do about it? Do they leave things the way they are or do they revisit the entire situation, analyze the past and change something? There’s absolutely no way anything will change for Microsoft until Steve Ballmer is replaced with a right brain strategist. Larry Page and Sergei Brin will continue undermining the power of their company’s brand and will eventually make themselves irrelevant. HTC will never get out of customer confusion and inventory cost problems if their current left brain executives continue to control strategic branding and product portfolio management. Facebook will eventually become a spam and scum of the earth pit unless a right brainer helps Zuckerburg point a company in the right direction. And, of course, we all know that there’s not much left for Sony and RIM no matter what they do at this point because it’s simply too late.

The era of left brain success is ending. It’s not as critical for B2B organizations because success in this space is mostly determined by professional relationships and pricing. B2C companies on the other hand deal with millions of consumers worldwide and that’s where left brain executives struggle the most. They don’t understand how consumers perceive companies and brands, and they never will because that’s simply how their minds operate. If all these left brain B2C companies don’t add right brain power to their executive tier, we will soon see more business failures than ever before because the new era of right brain management is coming.

Entrepreneur’s Story: Sometimes You Have to Get Messy to Succeed

To MBA or Not To MBA – The ROI Question