Editors note: With the launch of the iPhone 4S today we thought it appropriate to share some insights on the mobile phone industry. This post is by Evening UST MBA student Vitaly Demin, a strategy consultant at Eames Management Group. 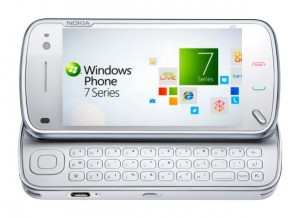 In October 2010 Microsoft released its new generation mobile operating system called Windows Phone. They were just another player in the game after Apple iPhone with iOS and Google Android but they decided not to come up with a different strategy for launching their product (I don’t see much sense in keeping Blackberry in the equation at this point).

So where does Microsoft fit in with their Windows Phone?

The Redmond company decided to follow Google by opening their system to all the manufacturers who already made Android phones. Being just another player in the market, they simply copied the business model from their biggest competitor and for some reason they thought it made sense.

Four months later they announced their strategic alliance with Nokia. The latter would produce only Windows Phone devices. Here comes the lost opportunity. The opportunity was to create an absolutely new and exclusive brand of a smartphone built on the Nokia hardware and running the Microsoft mobile OS. Let’s give it a name, say, “Lexor” so we have a real brand. This way, they would have become 1) different, which is the core of branding, and 2) exclusive, which would create a perception of high value and interest in the consumers’ minds.

First scenario – you have a Windows Phone mobile operating system that runs on smartphones from various manufacturers like Samsung, HTC, LG, Nokia, etc. Your strategy is no different than the one of Android – your competitor number one (I mean no iPhone owner will switch to a Windows Phone device but an Android device owner can).

Second scenario – you have a brand new phone called “Lexor” that is made by one of the world’s best mobile phone manufacturers and runs a brand new operating system by Microsoft. Not “Nokia Lexor,” not “Microsoft Lexor” – just “Lexor.”

There is no doubt that Microsoft-Nokia negotiations started much earlier than October 2010 when Windows Phone was released. If only they took their time (I mean they both were already late in the game so there was really no rush) and thought of a different approach to launching that brand new product, the customer perception would have been drastically different.

I put a part of the Steve Jobs’ legendary phrase at the beginning of this post—highlighting something Microsoft and Nokia failed to understand. The total is much greater than the sum of the parts—the total being the brand new smaprtphone “Lexor” and the parts being simply Windows Phone, Nokia and all the other phone manufacturers.

Getting started on my second semester

The View from Dubai