MBA: The first step to a career in…politics? 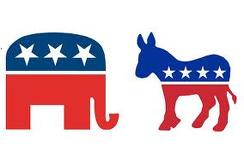 While the nation’s elected officials come from a wide variety of professional and educational backgrounds, law degrees are the most common type of advanced degree held by American politicians.  Our current president holds a J.D. from Harvard Law School, and many former presidents were lawyers as well.  According to a recent Financial Times article, however, politicians with MBAs are becoming increasingly common.

MBA programs originally focused primarily on functional skills such as finance, marketing, and operations management.  While these subjects remain critical components of the core MBA curriculum at most institutions, “soft skills” are of equal or even greater importance in the modern business world.  Skills such as leadership, effective communication skills, people management, and change management have come to the forefront of the MBA curriculum at many universities in the past 20 years.  Companies increasingly are looking for MBA graduates who can not only calculate and interpret data, but who can lead teams, collaborate across functional areas, and think creatively.

Considering the changes that have taken place in MBA education during the past two decades, it is perhaps not surprising that more MBAs are ending up in elected leadership positions.  The skills cited above–leadership, effective communication skills, people management and change management–are precisely the skills that are necessary for success in politics.  And with most cities, counties, and states facing large budget deficits, candidates who have studied core MBA areas such as finance, economics and statistics may be better prepared to find solutions.

Understand Your Own Attitude Toward Money