Pour It Like You Mean It: The Evolution of the Caribou Coffee Brand – Opus Magnum
FTMBA, Local business, Media, Newsroom, OCB Alumni

Pour It Like You Mean It: The Evolution of the Caribou Coffee Brand

Last Friday, more than 50 Full-time UST MBA students had the opportunity to learn about the promise and pitfalls 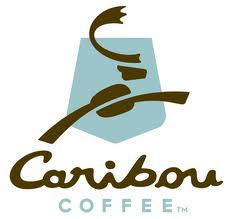 inherent in refreshing the brand identity of an iconic corporate brand.  Alfredo Martel, Senior Vice  President of  Marketing & Product Management for Caribou Coffee, led a discussion about the process of creating a new logo and brand identity elements, then rolling out the new campaign to almost 500 stores nationwide.

Caribou Coffee is the world’s second-largest coffee retailer and is headquartered here in the Twin Cities.  The company opened its original store at 44th & France 18 years ago and has since expanded to 40 states.  Mr. Martel, joined by Jake Miller, UST undergraduate alumnus and brand manager at Caribou, discussed the challenge of managing a consistent brand across hundreds of stores in a variety of regions of the country.  As the company rapidly grew during the past decade, new product packaging and advertisements did not always have a unified look.

Upon joining the company two years ago, Martel assumed responsibility for the company’s brand strategy and marketing activities.  He worked with his team to rediscover the core essence of Caribou’s brand identity and brand promise through extensive discussions with customers and Caribou store employees.  This led the marketing team to focus on reinforcing the concept of creating a welcoming coffeehouse environment where customers are encouraged to linger rather than pick up their coffee and run.  Martel explained how the Caribou logo was updated to reflect both the company’s history and to allow for potential product line extensions in the future.

As Martel continued his presentation, it became clear that brand managers must not only have a clear understanding of the overarching brand features, but be able to translate these into details that reinforce the brand for consumers.  He talked about focusing on Caribou’s tagline, “Life is short. Stay awake for it,” as well as redesigning napkins and coffee cups to reflect Caribou’s brand promise and differentiate itself from its main competitor, Starbucks.

Based on the number of questions asked of Martel and Miller and the fact that the event ended approximately 45 minutes after its scheduled time, our Full-time UST MBA students were clearly excited to learn about Caribou’s marketing and branding strategies!   Dan Chase, President of the Marketing Club, offered his thanks on behalf of the students and faculty.  Everyone in attendance had an outstanding opportunity to see how one of the Twin Cities’ most successful local companies has translated marketing theory into a cohesive, coherent campaign.

Where theory and practice meet…on marketing