The “world win” and other language abominations 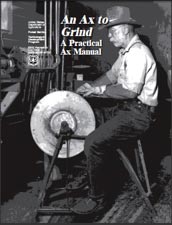 So, I have an axe to grind and am not going to “aks” whether you care.

Even in academia, people prove daily how little of the English language they have actually learned through reading.  Daily reminders appear in both written and spoken abominations of common phrases or spelling, such as:

The undergraduate student who noted in a paper that he aspired to become a “realist ate agent.”  To take him at his word, he practices some philosophical form of cannibalism beyond my understanding.

The email from an association representative who suggested in regard to another person’s comments to consider it “at a grain assault.”  Careful, I’ve heard wheat can be quite aggressive when cornered…

The sales representative that regularly clarifies with the preface “another words.” (She also notes that people in a hurry are like a “world win.”)

People from all walks who write “your” when they mean the contraction for “you are.”  Lazy or ignorant?  Maybe some of each.

Another way this manifests – pronouncing the Latin word etcetera as though the “t” is silent and the “c” is hard and soft – so it sounds like eccentric rather than… well, there are no other words in common usage that sound like et-cetera.  (Ironically, I hear highly educated people who should know better doing this daily.) Everyone should be forced to watch the “King and I” until they speak it properly, if they can’t sound it out from the spelling…

Finally, it’s “champing” at the bit, not “chomping.”  And if you don’t know what a “bit” is, maybe you shouldn’t be using the phrase until you have a horse.

Thanks for hearing me out on this.  It feels good to have that monkey off my chest.

Ask the consultant: What outsiders are important to business success?

Marketing in Twins Territory (with @MNAMA)

How the Mall of America $ees Green by Being Green