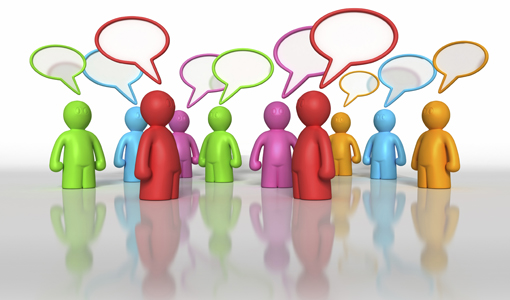 When is the last time you watched a video on YouTube? Posted a comment on Facebook? Tweeted? Chances are if you spend time online, you use social media. A recent Knowledge Networks report found that 83 percent of the online population (ages 13-54) use social media. These tools allow all of us to participate in, and contribute to, the greater conversation.

Within the Opus College of Business, we are using social media software – blogs, Twitter, LinkedIn, Facebook, YouTube and more – to extend our busy and engaging academic environment into the public sphere. Given the millions of users using these sites and tools, it helps us to connect with our constituents where they already spend time online every day.

Programs and faculty even have blogs. While the concept of “blogging” elicits some negative reactions, as a technology it’s an excellent resource for self-publishing and distribution, and allows readers to respond to posts with their comments. Our “High Performance Health Care” blog, for example, provides Sen. David Durenberger, Senior Health Policy Fellow and chair of the National Institute for Health Policy, with an easy, immediate venue for publishing reactions to current events.

Twitter, with an estimated 18 million registered users, provides a pared down blogging
environment that integrates with social networks. Dan McLaughlin, director of the college’s Center for Health and Medical Affairs, started experimenting with Twitter last spring as a new channel for engaging health care professionals in the center’s research and events. After searching for Twitter users with health care-oriented keywords in their profiles, he became a “follower” of those whose work aligned with the center’s and invited them to follow his posts, or “tweets,” in return. An exchange about health care systems with a consultant who follows his tweets led to a meeting in person (a “tweet up”), and McLaughlin was asked to speak at a conference the consultant is sponsoring this fall. In addition to hospitals and health care organizations, a radio station and
other media outlets are included among the followers of his “USTHealthcare” tweets.

LinkedIn is a networking tool that provides a means for professionals to network and collaborate with one another online. The “groups” feature allows communities with shared interests to interact within the 46 million member network. Our “University of
St. Thomas – Opus College of Business” group is a resource available exclusively to our alumni. In the OCB group we have more than 1,700 alumni who use the group job board to announce or find job openings, promote events, engage in online discussion and facilitate networking between themselves, as well as with faculty and staff.

While LinkedIn is the dominant professional networking tool on the Web, Facebook has emerged as the dominant social networking tool. (The usage numbers are staggering; with 250 million users, if Facebook were a country, it would be the fourth most populous country in the world.) In June our Web Initiatives Team launched a Facebook “fan page” for the Opus College of Business. This page serves as our social media hub, integrating content from other social media sites we use. On a daily basis, news feeds from the OCB Web site provide our Facebook fans with links to articles and media clips featuring faculty and college accomplishments. Event announcements inform prospective attendees about upcoming events and allow them to RSVP. Photo galleries help us to showcase the life of the college. A blog feeder feeds recent posts from our academic and other blogs into the Facebook realm. And the ever popular Facebook status update allows us to publish quotes and links to stories and videos about current issues in a way that allows our fans to comment and react from their pages.

This fall, the University of St. Thomas’ “YouTube University” channel will launch. Having a dedicated channel will make it easier for us to provide videos from on-campus events and lectures in a format that is easily accessible from any browser.

What’s particularly appealing about these social media resources is that they are designed to work together with other social media tools, to integrate and include content from other sources, rather than to work in isolation. This worked to our advantage in supporting the Opus College of Business’s sponsorship of the Rock the Garden event June 21 at Walker Art Center. We promoted a ticket giveaway on Twitter and used Facebook status updates and tweets to provide live updates during the event. Afterward, we published photos of the many OCB fans who were wearing our “Zero Waste Education” Tshirts and OCB bike lights on our Facebook fan page, and linked to
videos on MPR’s The Current Web site.

The growth rate for social media tools has been nothing short of phenomenal. Facebook had 87.7 million unique visitors in July 2009, the site’s highest traffic total ever. Those visitors collectively spent 15.8 billion minutes viewing pages, posts and photos from
friends, colleges, groups and even corporations. Time spent on Twitter increased to more than 4.75 million minutes during the same time period.

While it’s difficult to put these numbers in context, one thing is clear. Social media networking has become a significant part of our daily interaction. Isn’t it time you joined the conversation?

Why You Should Get Your MBA