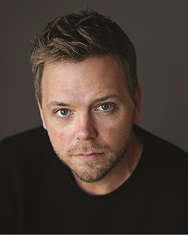 Nathan Hill, Associate Professor of English and author of The Nix.

The highly anticipated debut novel from St. Thomas Associate Professor of English Nathan Hill, The Nix, is officially released today, August 30th. Selected as one of six hot titles for autumn at BookExpo America, The Nix has received starred book reviews from Kirkus and Publisher’s Weekly and has been listed as a “must read” title by Entertainment Weekly, Harper’s Bazaar, Huffington Post, Bookish, The Master’s Review, and Gear Patrol, as well as by the Strand Bookstore in New York City. International publication will follow in more than a dozen languages. Nathan will give a talk about The Nix, at St. Thomas on October 11th. See our events page for more information!

Rachel Busse, alumna of the St. Thomas English Department and current graduate student, received an advance reader copy and was kind enough to write a review of the book, along with some of her memories of Nathan as a professor. Be sure to pick up your copy today, and let us know what you think in the comments! 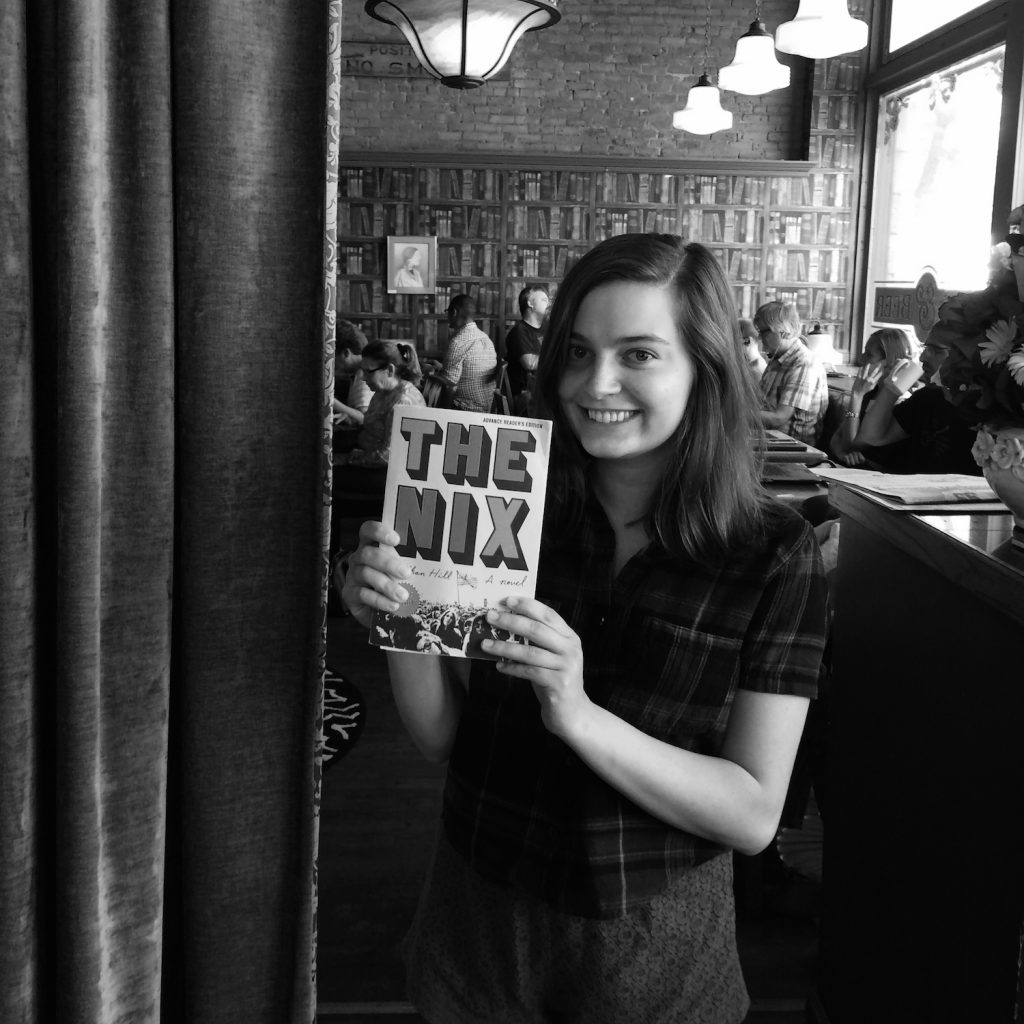 Like many students in the UST English Department, I had mixed feelings when I heard that Nathan Hill wouldn’t be returning to teach for my senior year. Nathan was one of the best professors and advisors that I’d met—he was an invaluable guide through the ins and outs of both the publishing industry and the art of writing creatively. It was with his help that I was able to edit and design for the 2015 edition of the Summit Avenue Review, land a summer internship with Graywolf Press, and tend to the roots of a budding writing voice. So for Nathan I was—and will always be—incredibly grateful. Put simply: I was sad to see him go.

But there was a bit of a silver lining—Nathan’s departure meant that we’d eventually get the chance to see what sort of a project would become his full time gig. And see we will, with his debut novel The Nix, which is set to be released at the end of this month. For many of us, this is a long anticipated release; after Nathan came to visit last spring, the entire department was positively humming. The exact magnitude of this buzz became blatantly clear when Nathan was able to fill an entire lecture room on a warm Friday afternoon. As a community, we knew there would be hype around the book, and we were really, sincerely hoping that it would live up to it.

I have to report that it absolutely does. The Nix is stunning, and it’s so gorgeously expansive that it’s hard to even know where the praise should start. For one, it’s a brilliant story—my copy is now ragged due to how hungrily I dug into it, bringing it with me everywhere and tearing in whenever possible. It’s a delicious read.

Even attempting to describe the plot feels reductive. In many ways, it’s about a mother and a son. But it’s also about the mess of media and politics that we see around election times. It’s about protests of all different types—both historical and modern, and in both cases it examines the intimate motivations of the protestors themselves. It’s about video games also about the modern blur between online and “real life”, the very real mental, emotional, and even physical costs and appeals of fantasy, and the ultimate nature of obsession. It’s about the Midwest: it covers little towns full of industry and but lacking in opportunity alongside Chicago and its endlessly sprawling suburbs with equal precision. It’s about being a crybaby, an aggressive middle schooler, a child prodigy, a college plagiarizer, a factory worker, an activist, and yes, a college English professor.

But perhaps The Nix succeeds most by making the reader crave each of these stories equally—with every perspective shift and break in time, I was ravenous to catch up with a character I’d been missing while still reeling from being ripped from the last. Structurally, the book would give the best spider web a run for its money—it is as elegant, sturdy, and well composed as they come. Each element feels delicately and artfully connected while simultaneously resisting the trap of tying up everything up in a tidy, convenient bow. That is a major feat for a book that is 600+ pages long.

Nathan uses that space wisely. It is the type of deeply satisfying book that I loved glutting myself on for a weekend—in those 600 or so pages, there is space for a chapter told in logical fallacies, a bit of Choose Your Own Adventure, and a stream of consciousness sentence that spans an entire chapter. This is all earned; Nathan artfully carves out room for poetry, parody, humor, and ultimate honesty. Part of the reason The Nix is such a slamming success is that it engages with modernity in a way that isn’t overly judgmental—it feels like a candid portrayal of who we are now and how we came to be. Every character is treated with attention and exactitude that makes each story feel real and dear. So yes, the book takes up space, but if anything should demand 600 or so pages of attention, it’s a story like this. Smart, funny, and earnest, The Nix induces empathy in a way we could all use more of.

Ultimately, this book is so rich, so seamless, and so well connected that it inspires. This is the type of book that makes you want to do nothing but write—the type of book that is so full and hearty that it makes you believe someday you could do it too. And when it comes down to it, isn’t that just about that best gift a creative writing professor could give?

My Internship with Arsenic Lobster